What Is the Best Groundbait for Bream? 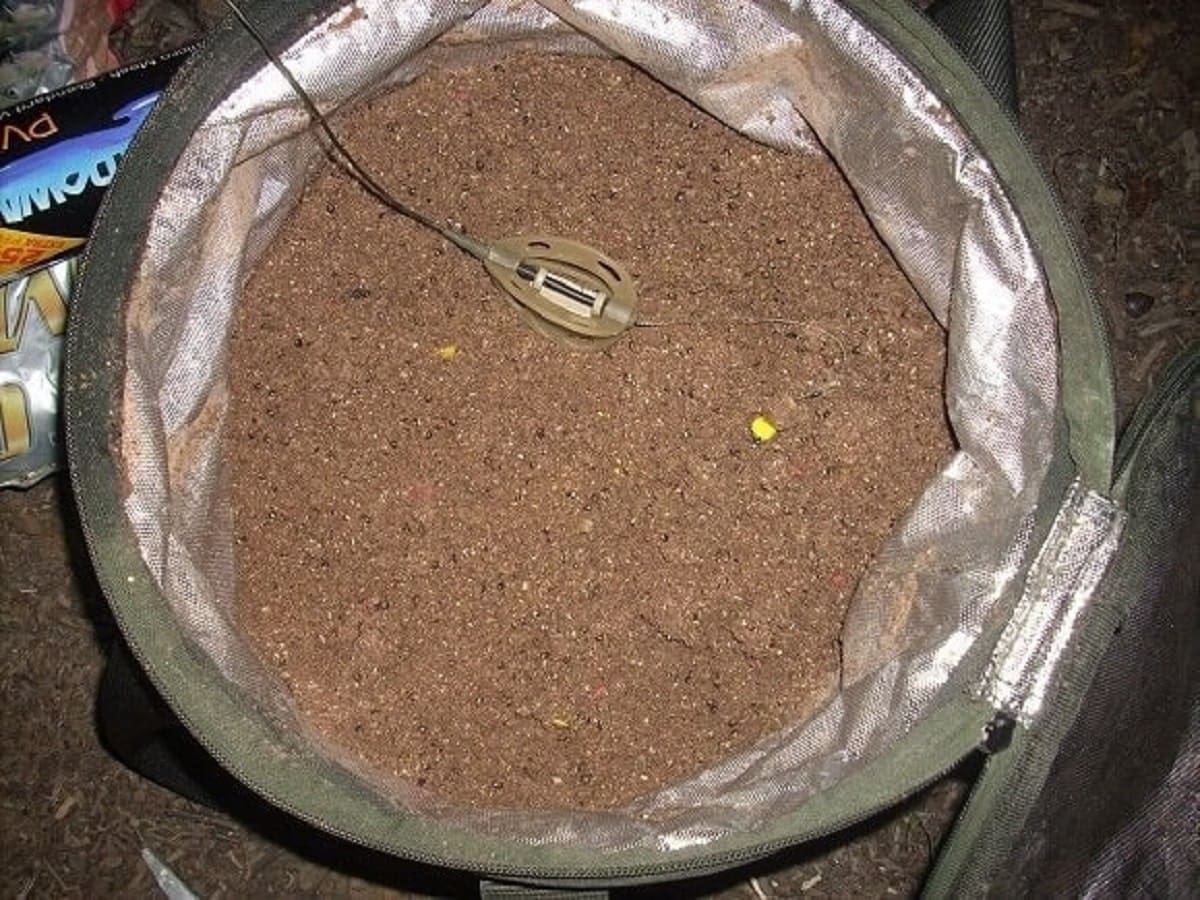 The common bream is one of Britain’s most popular coarse fish and a targeted species by many anglers. No matter if you are fishing a commercial fishery, a river or a natural stillwater venue; in order to catch bream, you will have to bait up your swim with plenty of groundbait.

The best groundbait for bream should be breadcrumb-based and well binding, as its most important task is to carry a lot of smaller particles. Bream can eat copious amounts of feed, which is why baiting up with plenty of particles is key to success.

If you want to find out exactly what groundbaits and particles to use when bream fishing, all you have to do is keep reading.

What Groundbait Should You Use for Bream?

When it comes to the common bream, choosing a suitable groundbait isn’t a question of finesse! On the contrary, bream will eat almost anything and rather large quantities at that! That’s why you should always choose quantity over quality for bream!

The groundbait you are looking for should be bread-based and well binding, because as you’ll read further down in this article, what it should be able to do is to carry a lot of smaller particles out to your intended swim.

Finely ground groundbait simply cannot do that. It also has two other major disadvantages over breadcrumb-based groundbait:

That’s why I highly recommend the two following groundbaits for bream, as they manage to both keep a larger amount of bream in your swim for a very long time and to keep down your expenses.

Brown breadcrumb groundbait is probably the oldest bait in the book and a highly effective one at that. Fish love bread, and in most venues, a darker groundbait will blend it nicely with the colour of the bottom and hence not spook the fish.

Brown crumb is both a very rich feed, a super binder, and a groundbait that’s incredibly cheap.

I usually get mine in 40 or 50lb sacks from a regional bait dealer and the cost can be as low as £40! The price can of course vary a bit, but it’s still going to be considerably cheaper than most other groundbaits.

And I’m not saying that those other variants are bad in any way! It’s just that bream simply aren’t that picky. What they are, however, is hungry, which is why you better give them a lot to feed on, if you want to have an action-filled session with them.

Pro Tip: Make your base groundbait even more irresistible by adding a liquid additive to it. This is a cheap and effective way of boosting your plain groundbait for bream. I really like the Sensas Brasem Aromix Liquid Additive, as it gives my groundbait a very strong and sweet scent. You can find the Brasem Aromix on Amazon here.

The second groundbait I’d like to recommend is dark biscuit crumb. Much like brown crumb, biscuit crumb is a superb binder that will hold a ton of particles in each ball you’re casting out.

It’s also a very stealthy groundbait that the fish won’t notice at all. What they will notice is its sweet flavour, which is an absolute bream magnet, if you ask me!

The sweet flavour and often somewhat finer texture of this groundbait also makes it a supreme winter groundbait choice for bream.

Price-wise, biscuit crumb is just slightly more expensive than conventional brown crumb. So if you happen to find a bait shop that sells it in larger quantities, go for it!

Pro Tip: If the crumb you end up buying isn’t fine enough, e.g. for winter fishing for bream, you can grind it in a food processor to make it super fine and powder-like. It only takes a few minutes for several kilos of groundbait! You can find the food processor I use on Amazon here.

What Are the Best Particles for Bream Fishing?

This is the real secret stuff when it comes to groundbait for bream; the particles! This is where many anglers fail, as they choose to only use the cheap, plain groundbait in itself to bait up their swims with.

And while the crumb groundbait certainly has the ability to attract the fish into the swim, it’s the particles that keep them active and feeding for a long time!

Think of bream as smaller, somewhat more sluggish carp. Carp love particles, right? Well, so do bream! They simply must check the bottom for those delicious particles you cast out and suck them up, they really can’t help themselves.

That’s when you really manage to activate them, which, most of the time, will result in a lot of confident bites! Here are my top 3 particles for bream that you should always add to your groundbait mix:

Oh boy, fishmeal-based pellets are a real secret weapon for bream! The combination of sweet groundbait and fishy particles is just too much for the fish! They will hammer your swim to get to feed on those goodies!

The quantity is really up to you, but as they are super rich in protein, you shouldn’t overdo it! Add half a pound or so of 4-6mm pellets to every kilo of your groundbait and get ready for a feeding frenzy!

Pro Tip: Make sure to also check out this article if you want to read up on the very best hookbaits for bream!

Of course, sweetcorn should never be left out of the picture when fishing for bream. They love it on the hook and scattered around in your swim as free offerings!

You can use the smaller canned version, or, if you want to up your game and target bigger specimen bream, you can buy a sack of feed corn, which will give you way more particles for your sessions!

You can add a quarter to half a pound to every kilo of groundbait, which is a quantity that won’t overfeed the bream.

Just make sure to prepare and boil it well before you put it in the water, as fish cannot digest unprepared corn!

This is another really awesome particle for bream! The hemp seed’s oily texture and distinctive flavour is a great attractant underwater and will bring a ton of fish into your swim.

Hemp seeds aren’t that rich, which means that you can really go wild with this smaller particle. If you have plenty of hemp seeds, go for at least half a pound for every kilo of groundbait. It really is a superior particle choice!

Pro Tip: Just like feed corn, dry hemp seeds have to be prepared and boiled, so that the fish can digest them better. You can also buy already prepared seeds that are ready for fishing. You can find a supplier of quality hemp seeds on Amazon here.

How to Bait Up a Swim for Bream?

The best way to bait up your bream swim is by gradually increasing the amount of feed. Start with half a dozen orange-sized groundbait balls that you cast out, or build up your swim with several loaded cage or method feeders.

Once you get the first bites, you should cast out more food immediately! Bream almost always come in shoals and once the first fish have found your swim, others will most likely follow!

If and when that happens, you will have to give them plenty of food to keep them occupied. I have seen a pack of 5-6 breams empty a swim I had prepared with 5kg of groundbait and particles in less than 2 hours!

They really are like small pigs underwater and must be fed accordingly!

Decrease the bait output once the bites start to seize. Often, what happens is that the bream shoal will move on for a shorter period of time, just to double back into your swim later on. It’s critical that you do not overfeed them at that point.

Rather, start the feeding cycle once again and enjoy the second, or third round of tour bream feeding frenzy!