What Is the Best Groundbait for Tench? 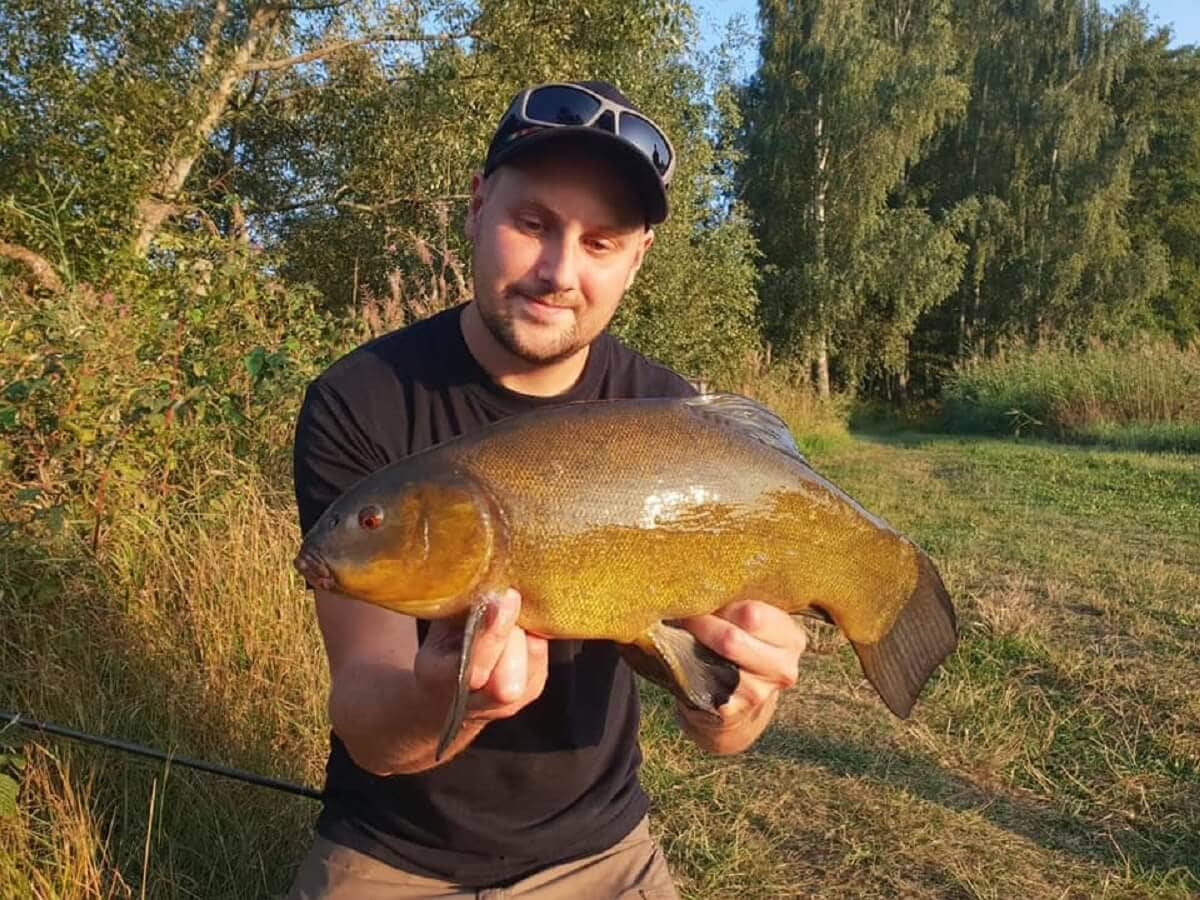 Tench is one of my absolute favorite coarse fishing species and I fish for it as much as I can possibly can. Over the years, I have experimented with different groundbait flavours to find the best groundbait for tench.

In this article, I share my findings and results so that you can optimise your fishing and catch more and bigger tench!

What Is the Best Groundbait for Tench?

Whether you’re fishing the more traditional lift method, a classic swim feeder, or the more modern method feeder, using groundbait to attract tench into your swim is always a good tactic.

Being a member of the wider carp family, tench love to feed! And so, if you want to have a successful tench fishing session, you’ll have to give them a reason to stick around.

Especially for longer sessions and overnighters, the effective bait and wait tactic is one of my favorite ways to prepare a tench swim, as the dinner table is ready and waiting for the incoming tench.

And trust me, if a gang of hungry tench invades your swim, they’ll empty it in no time!

That’s why using groundbait is such an effective way of keeping them around.

It’s a simple question of volume, as you’re not only offering the tench a few balls (or swim feeder loads) of deliciously flavoured and nutritious groundbait, but also a load of smaller particles that you can put into your groundbait.

The bait bed you are creating will hence both attract a number of tench into your swim and have the ability to keep them there for, well, basically as long as you intend to fish, if you keep feeding them, that is.

Of course, quantity is not everything when it comes to groundbait for tench. You’ll definitely want to use quality groundbait with natural flavours and ingredients.

It can make all the difference, and nowadays, such groundbait options do not cost all that much anymore. Especially if you combine them with cheaper alternatives, such as chicken feed or simple bread crumb mixes (more on that further down).

Below follow my two favorite groundbait choices for tench fishing.

Krill-based baits have become super popular over the last couple of years, and rightly so, as krill is a superb food source that has an unbelievably powerful flavour to it.

I like Sticky Baits groundbait mixes especially because the lads have managed to find a groundbait texture that will work perfectly for both open swim feeders and method feeders, making this groundbait a very versatile choice.

I have used it for a few years now and it has caught me a ton of tench. It has also led me to various other krill-based baits and liquids (such as boilies, pop-ups, pellets, and bait dips), and krill is a flavour I am using for a variety of species during the warmer months of the year, i.e. between late May and late September.

Tench especially seem to appreciate the intense crustaceous flavour of the krill. Put in other words, it drives them nuts, particularly if you combine your groundbait with particles such as corn, pellets, or hempseeds.

I have actually caught my personal best tench on The Krill Active Mix and it’s a fish I’ll never forget.

My other favorite tench groundbait is Sticky Baits Bloodworm Active Mix. You may be wondering why I only write about Sticky Baits, and well, the answer is rather simple.

It’s a superior and high-quality groundbait that I have had my best results and biggest fish with over the years, and I have gone through a whole range of groundbait manufacturers!

The bloodworm is another amazing source of protein and if you’ve ever used a bloodworm-based bait or groundbait, you’ll know that its flavour is really special. If I had to describe it, I’d say it’s a combination of coppery blood and some sort of sweetness.

Needless to say, the tench really love this stuff as well! It’s simply packed with protein and other essential nutrients that the tench actively seek out. So, bloodworm is a true tench magnet. You can’t go wrong with it!

I prefer using the Bloodworm Groundbait Mix during the colder months of the year, meaning between March and early May, and then again between September and October.

I remember having one of my craziest tench nights in early October a few years back.

The swim was baited up with the Sticky Baits Bloodworm Mix and I didn’t sleep at all, because of all the action that was going on. It was a great experience that was topped by a colossal 8+ pounder and several 7 pounders.

What Are the Best Particles for Tench?

In order to make your groundbait even more attractive, you can mix in a whole range of different particles that the tench will love.

Additionally, it can be a smart tactic to loosefeed smaller rations of particles on your already prepared groundbait bed during your session, in order to keep the tench engaged and avoid overfeeding them.

Particles that work exceptionally well for tench include the following:

How to Bait Your Swim for Tench Fishing?

Depending on your chosen fishing method, there are different ways of baiting up your swim for tench, so I want to round off this article with a few of my best baiting tips.

First and foremost, you can get a lot more out of your groundbait by simply adding cheap chicken feed or a bread crumb groundbait to your ready-mixed groundbait.

The Sticky Baits options I have described above are so potent and strong that these additives won’t have any impact on their flavour or attraction.

On the contrary, they allow you to put out even more food, should the tench get into a feeding frenzy during your session.

This way, you’ll have both the high-quality groundbait and the necessary quantity to target them for as long as you want and need to.

Another tip I want to share is the already mentioned “bait and wait” tactic that I often use when fishing for tench. I read about this method many years ago in an article written by the great Matt Hayes.

Obviously, this makes less sense for shorter float fishing sessions, as you should only cast ut small groundbait balls and a few handfuls of loosefeed here instead.

But for longer feeder/method feeder sessions, it’s, by far, the best approach to take. It allows the tench to both find your swim and baits quicker and to really settle in.

Things can get heated really fast when tench fishing, and if you find yourself in the middle of a feeding frenzy, the last thing you’ll want to do is to occupy yourself with casting in new feed all the time.

On the contrary, if your swim is all baited up and ready, you can fully concentrate on those, at times really careful and difficult, tench bites!

So, if you are planning on fishing longer and/or night sessions, start by putting out a few kilos of groundbait and particles, and then wait for those bubbles to appear. It’s the greatest feeling in the world.

Bass vs. Carp (Interesting Fish Facts)
← Previous
What Are the Best Tench Fishing Rods?
Next →
Click here to cancel reply.