What Is The Difference Between Buffalo Fish And Carp? 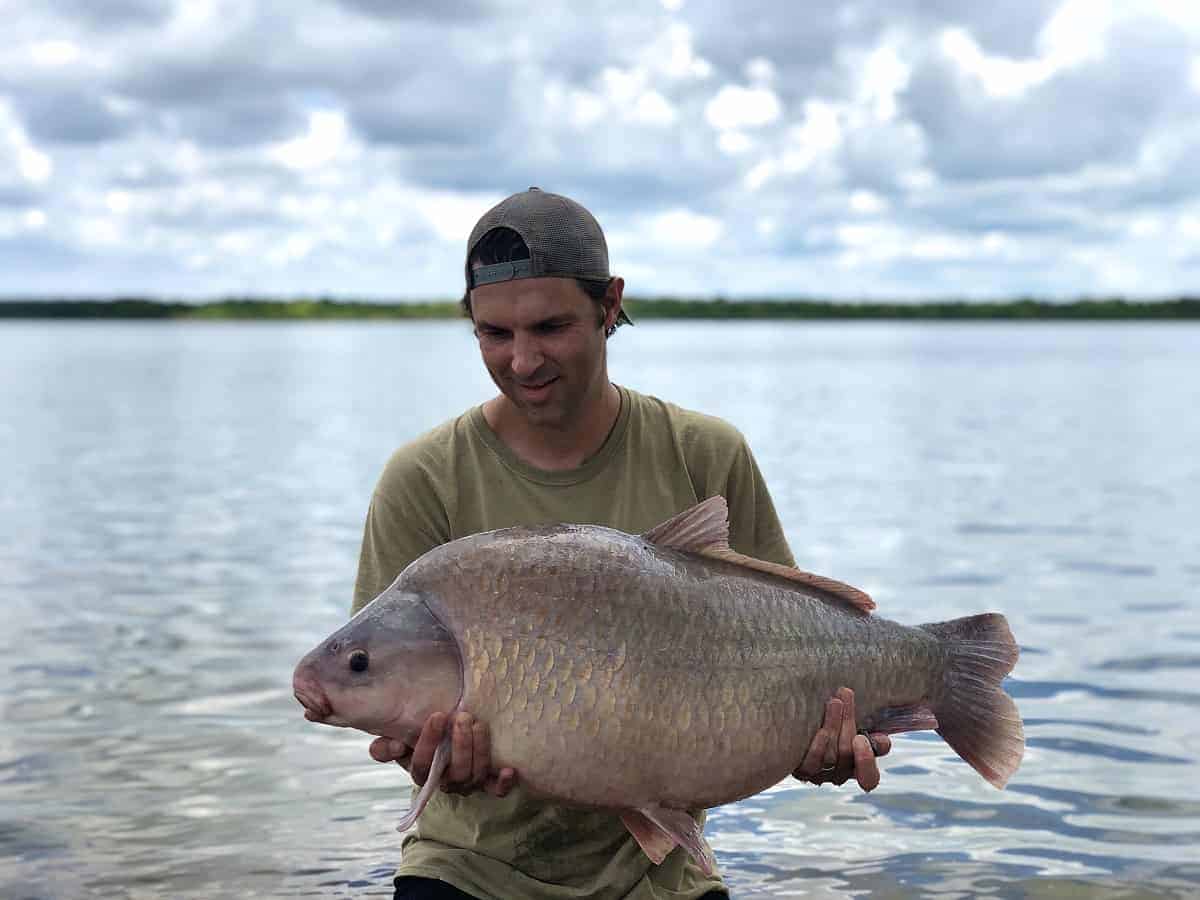 Many anglers confuse buffalo fish and carp and think they are the same species. I did too, as they really look quite similar. But in reality, they are actually two completely different types of fish.

So, I decided to do some research in order to find out all the major differences between these two species.

If you want to find out more interesting facts and differences between these two fish species, continue reading this article.

Biologically, these fish are two completely different species! The buffalo fish (Ictiobus cyprinellus) is the largest member of the North American sucker family, while the common carp (Cyprinus carpio) belongs to the minnow family.

And so, the term buffalo carp is actually incorrect, as the buffalo is by no means a carp, even though the two species are fished for in fairly similar ways. If you want to learn how to fish for buffalo and carp, check out this well-written guide on Amazon here.

And although the two can look very much alike, there are a few very distinct differences that this article will help you become aware of, in order to always be able to tell them apart on the bank!

Apart from roughly having the same body shape, which is long and lean, and sometimes torpedo-like, buffalo fish and carp do not have very much in common.

One distinct difference is their body coloration. Buffalo fish are often greyish or tea-colored. They can look rather ghostly and washed out, even if they can occasionally be blueish or blackish (black buffalo).

Common carp, on the other hand, often have a strong and healthy bronze, golden or brown body coloration.

They also have different colored caudal (tail) fins. Common carp have tail fins that visually resemble the rest of their body coloration pretty closely. Often, their tale fin is simply a little more light than the rest of the body, and either orange, red or light brown in color.

The buffalo’s tail fin is instead rather dark or blueish, and sometimes even black. It often clearly distinguishes itself from the rest of the fish’s body, unless the entire buffalo is of a rather dark tone.

The mouth feature and shape are perhaps the most obvious difference between these two species. Buffalo fish have very small mouth openings (especially smallmouth buffalo), which can be no bigger than the diameter of an adult’s thumb.

Its mouth and lips are rather hard and leathery, making the buffalo pretty safe to fight if the angler uses the right hook size to fit the fish’s small mouth opening.

Additionally, the buffalo’s mouth is turned down, which is a common feature in suckerfish. It also lacks whiskers or barbels.

RELATED READING: Check out this detailed in-depth article on all the different types of carp

The mouth of the common carp is much larger. Its mouth and lips are hard and tough as well, but if too much pressure is applied by the angler, the carp can shake off a hook and hence get loose.

PRO TIP: Buffalo feed with their belly flat on the bottom, while carp will feed at an angle, with its head lowered down to the bottom.

Lastly, buffalo and carp have somewhat different fighting skills and behaviors. A buffalo will often charge off into a single direction and keep its path, steaming away like a locomotive.

It also rarely breaks the surface during a fight. They simply use all their immense power to get away from you, as far as they can.

Common carp, while trying to accomplish the same thing, are often far less controlled and directed after being hooked.

They will swim in every possible direction, roll on the surface, dive into deeper water, aggressively shake their heads and sometimes even swim directly toward the angler.

Both species are however unbelievably strong in the fight and will not give up easily.

They can weigh well over 60lb and the buffalo (smallmouth), which is outweighing the common carp somewhat, can reach a weight of over 100lb. Try to control that locomotive!

Where Do Buffalo Fish Come From?

All of the buffalo fish types, being bigmouth, smallmouth, and black buffalo, originate from and are native to the U.S., as well as parts of Canada, Mexico, and Guatemala, which are also the only regions in the world they can be found and caught.

A French-born American scientist called Constantine Samuel Rafinesque-Schmalz discovered and named the species back in 1819, at the Transylvania University in Kentucky. First discovering the smallmouth buffalo, he named it Ictiobus bubalus, which is Greek for “Bull Fish”.

Between 1920 and 1950, buffalo fish were an important source of food for many rural communities in North America. After the war and with an ever-increasing standard of living, Americans soon stopped regarding the buffalo as a food source.

Since then, it has become a game fish, which, however, is not all that popular or sought after within the U.S. angling community.

Where Did Common Carp Originate From?

Common carp originate from the great rivers of the Asian continent, where they were discovered thousands of years ago. They have since then been domesticated and used as a food source, as well as exported to many regions all over the world.

They were first introduced to European waters in the 12th century and brought to England in the 16th century. From there, they made their way across the Atlantic, together with the first settlers who arrived in North America.

Since then, they have spread across the entire North American continent.

In the late 19th and early 20th centuries, the American government stocked many rivers and lakes with carp as a means of providing cheap and easily accessible food to the rural populations of the country.

RELATED READING: If you want to find out more about carp, I wrote a similar article about all the differences between common and mirror carp that you should definitely check out as well!

Today, the common carp has lost its status as a food fish and is instead considered a game fish by many sport fishermen in the U.S., Canada, and all over Europe. In England especially, the carp enjoys an almost mythical status among anglers.

Where Can You Find Buffalo Fish?

In The U.S., they can be found in a majority of states; from North Dakota, Minnesota, and Montana in the north, to Eastern Texas, Louisiana, and Oklahoma in the south.

They are represented in large numbers in the Hudson Bay area and the Mississippi River drainage systems.

In Canada, they can be found in the big river systems of the Milk River and Qu’Appelle River, which eventually mouths into Lake Winnipeg.

RELATED ARTICLE: Check out this expert guide on how to catch buffalo fish!

Where Can You Find Common Carp?

Unlike the buffalo, common carp can virtually be found all over the globe. They inhabit the lakes and waters of around 60 countries and have spread to almost all the continents.

While considered a classic game fish in Europe, its status is somewhat lower in the United States and Canada, where it often is referred to as an invasive species or even a pest.

However, more and more North American anglers find interest in this awesome and powerful fish.

In the U.S., the common carp can be found and caught in all the states, but are rarer in the western regions of the country. There are also rather large populations of common carp in the Great Lakes.

In Canada, they inhabit the southern regions of British Columbia, Kootenay, Kettle, and the Okanagan system.

If you’re looking for some solid and reliable carp fishing equipment, these tips might be useful for you.