What Is the Difference Between Roach and Rudd? 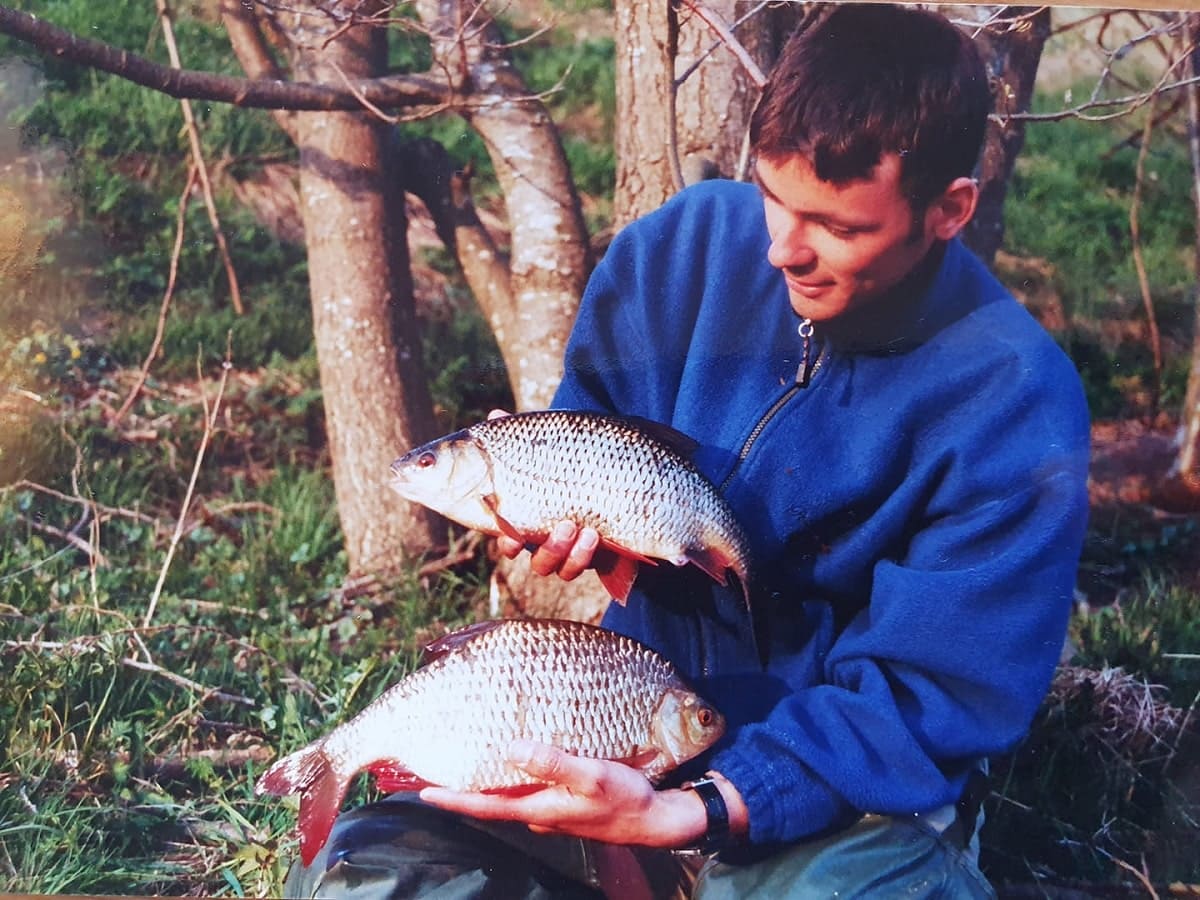 Roach and rudd are rather similar species that many anglers have a hard time telling apart. Very often, caught roach will be confused with rudd and vice versa.

In order to help you better identify these two popular coarse species, I decided to write this article that discusses the difference between roach and rudd.

Roach have a bluish to silvery body colouration, while rudd will have a yellowish-brown or often even golden colour to them. Rudd have an upturned mouth, while the roach’s mouth will be downturned and the eyes of roach are red, while rudd eyes are yellowish in colour.

If you want to know more ways of telling roach and rudd apart, all you have to do is continue reading this article.

Pro Tip: If you want to read up on how to fish for roach, rudd and other coarse fish, you should check out this helpful beginner’s guide on Amazon. It offers some really good tips and tricks!

How Can You Tell the Difference Between a Roach and a Rudd?

I got to be honest with you; for many years, I had a hard time keeping roach and rudd apart myself, as they are just so similar and often occur in one and the same venue.

This means that they are, indeed, very closely related and have evolved in much the same way.

But over the years, I found sure ways of identifying them, and nowadays, I have no problems telling them apart. Here is what you have to look for when it comes to roach vs rudd.

This should be a really obvious difference between these two species, but it often isn’t at all, especially when it comes to juveniles. Both young roach and rudd can have the same body colour, which often tends to be silvery.

It can get easier when comparing adult fish, as roach commonly have a silvery or blueish colour, while rudd will have a very distinct yellowish to brownish, or often even a golden body colouration.

But even in this case, the exception is far too often the rule, as both species tend to be coloured more or less similarly in the same venue.

And so, if you don’t have a really keen eye, checking your catches’ body colouration might not be enough to tell if you’ve caught a roach or a rudd.

Now we are getting a bit closer. A fish’s eye colour may be a very small detail, but when it comes to roach vs rudd, it can actually offer very reliable clues.

Rudd tend to have a yellowish eye colour that can look somewhat washed out and often even greyish. It is in other words not a very distinct feature of this species.

Roach, on the other hand, have very distinct eyes that will definitely help you identify them! Their eye colour is commonly of a very strong red, or at least of a pronounced reddish tone.

However, variations of this feature can occur between the two species, making the eye colour not a perfect way of telling apart roach from rudd either.

Once again fairly sure way of telling them apart, but by no means a guaranteed one.

For the most part, rudd will be both deeper in shape and hence heavier in weight than roach of roughly the same length. I would say that, generally, a rudd will weigh 20-30% more than a same-sized roach.

Also when it comes to top weights, rudd will outperform roach by several ounces, even though the British records are fairly close to each other, as the sections further down in this article will show.

But in some venues, roach will grow almost, or even as deep as rudd will, bringing them up to roughly the same weight levels.

If you ask me, this is pretty much the only sure way of telling if you’ve caught a roach or a rudd. This is due to the simple fact that both species’ mouth shapes will always be the same and do not alter at all.

The roach’s mouth is of a typical downturned nature, as is the case for almost all species of the carp family. This is due to the fact that carp fish, for the most part, will feed on the bottom.

On the contrary, the rudd, while also being able to feed on the bottom, also tends to hunt for smaller insects on the surface. And so, evolution has given it a more upturned mouth.

This feature is actually rather unique when it comes to freshwater fish, and especially when it comes to carp fish, which means that, whenever you catch a fish with such an upturned mouth shape, it’ll always be rudd!

Where Can You Fish for Roach and Rudd?

As I’ve already mentioned above, both roach and rudd will often be found in the same types of venues, although rudd won’t do as well as roach in acidic waters.

Both species occur in more or less any type of freshwater venues. In some regions in Europe, they can even be found in brackish water, in which they tend to thrive.

And so, you can find and fish for both roach and rudd in very small ponds, small and big lakes, river systems, and coastal areas around the Baltic Sea.

How to Fish for Roach and Rudd

As many venues there are that harbour roach and rudd, as many fishing methods and baits are there to catch them.

Both roach and rudd can effectively be fished for on the bottom using a quiver tip or feeder rod, some groundbait and maggots, bread, corn, hempseeds or worms for bait.

The same goes for float fishing. Especially on rivers, trotting for roach or rudd using a classic light Avon float is a highly popular and effective way of catching these species. If you want to try out the Avon float on your local river, you can pick up a few on Amazon here.

When it comes to specimen fishing, some anglers also target them by using smaller-sized bolt rigs. This method can be especially successful in carp venues that hold really big roach and rudd that are hard to catch.

Here, the patient specimen angler might catch these mythical creatures via the use of light ledger rods, sensitive bite indication and small hookbaits, such as fake corn, fake maggots or very small boilies and pop-ups.

I often fish this way myself and can tell you that there is a lot of fun in this, somewhat less active way of approaching these species. Especially so if you are using really light ledger rods with a test curve of 1,25lb.

On these, big roach and rudd, which are smaller, but really strong fish species, will be a worthy opponent! You can take a closer look at my favourite rod for roach and rudd specimen fishing on Amazon here.

What Is the Biggest Roach Ever Caught?

Currently, the UK record roach is a stunning fish of 4lb 4oz that was caught in March of 2006 by angler Keith Berry while he was fishing a Northern Ireland stillwater venue.

The overall European record is a giant roach that was caught in Germany back in 1981. This fish weighed an unbelievable 5lb 12oz and was caught in the river Weser.

What Is the Biggest Rudd Ever Caught?

The biggest rudd that has ever been caught in the UK was a fish that weighed in at an impressive 4lb 10oz. It was caught in 2001 in the venue Clay Lake.

Even here, the European record beats the British one with more than a pound, and guess where it was caught! In the German river Weser. This venue used to harbour a lot of giant fish before pollution started to change that.

This monster rudd was caught in 1976, and to be honest, I don’t know if there will ever be a rudd caught that can beat that ancient record fish! Time will tell, I suppose.

Bass vs. Catfish (Do They Get Along?)
← Previous
Pike vs. Pickerel (How to Tell Them Apart?)
Next →
Click here to cancel reply.