Different Names for Northern Pike (From Around the World) 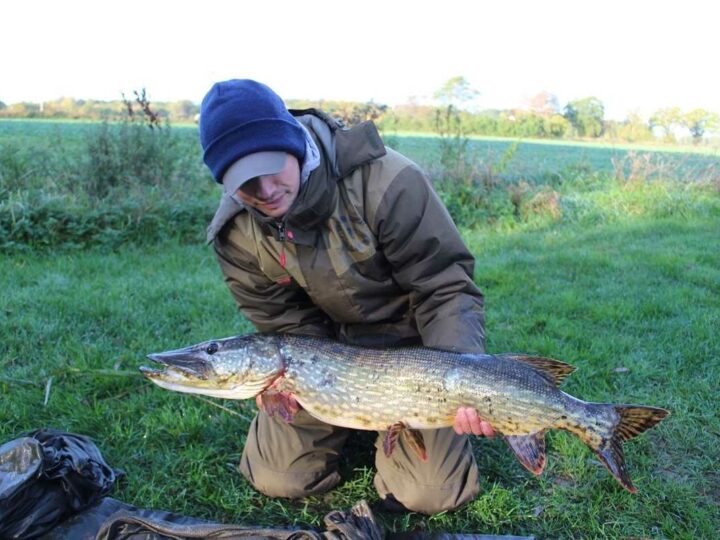 Hence, this apex predator goes under many names, depending on where in the world you currently fish for it.

As the pike is one of my absolute favorite target species, I wanted to find out what it’s called in other countries around the world.

If you want to know what northern pike are called in North America, the UK, or Scandinavia, just continue reading this article.

What Is the Latin Name for Northern Pike?

Let’s start with the pike’s universal Latin name, Esox lucius. Esox is, by the way, one of the most common nicknames for pike, no matter where you go!

So if all else fails, just go with Esox, and most anglers around the world will know what species you’re talking about.

And what a mighty name that is; Esox lucius. It combines a majestic strength, respect, and a certain mystery.

I remember doing a presentation about the pike for my biology class when I was 13 years old.

It lasted an entire hour, and due to all the facts I included and my extreme enthusiasm (I had already started fishing), my teacher gave me a straight A (which didn’t happen all that often).

I can’t really describe it, but there is something special about that name, and, of course, the fish itself!

What Are Pike Called in America?

The US has millions and millions of sport anglers, many of which fish for pike regularly.

As the species is found in many states all over the country, naturally, it has many names in America!

A few of them are pretty entertaining, and some are outright hilarious and weird (though quite fitting nonetheless).

Here are some of the most common nicknames pike have in the US:

And all the bass anglers who frequently get bitten off by northern pike tend to call them: “Oh no, not another one!”

Okay, that last one sounded funnier in my head…

What Do They Call Pike in Canada?

Canadians have quite a few very interesting nicknames for pike, as many of them come from old tribal languages such as Cree and Inuktitut (the language of the Inuit).

Fascinatingly, many of those ancient names are still being used today!

Here are some of the most common names for pike in Canada:

DID YOU KNOW: The Alaskan Inuit have their very own names for northern pike. Here, they instead call them Qualru or Sheoak.

What Do They Call Pike in the UK?

The pike is probably the most popular target fish in the entire United Kingdom. The English love their pike and have many ways of catching it.

But despite its huge popularity, I couldn’t find all that many nicknames for it!

For the most part, English anglers call pike simply for “pike”.

It’s noteworthy that the pike is not known as northern pike in the UK or in Europe, for that matter, at least not officially. So pike is what it’s generally called!

Otherwise a few common nicknames include the following:

What Are Pike Called in Europe?

Now we focus on the other side of the pond and take a closer look at some European countries.

Here, the northern pike is the most popular game fish for many anglers, and countries like France, Germany, Sweden, Norway, and the Netherlands have plenty of nicknames for pike.

Here are some examples from all over Europe:

The German word for pike is “Hecht”, which is also the most common name for the species in this country.

Otherwise, it’s also referred to as:

There is a huge pike fishing community in the Netherlands, but from what I know, the fish is mostly called by its common name: “Snoek”.

Notice the resemblance to the Northern German “Snook” and “Schuck” here, as the Netherlands neighbor the northern parts of Germany.

Again, geography seems to have played a significant role here.

The pike is a very popular predator species in France. The French word for pike is “brochet”.

Here are some other commonly used French nicknames for pike:

The pike is basically called the same thing in these three southern countries.

In Spain, it goes by the name “Lucio”. In Italy, it’s called “Luccio”. And in Portugal, its name is “Lúcio”.

Of course, that can be explained by the fact that these countries share certain lingual similarities.

Additionally, they are very close to each other geographically, which is another essential factor.

The same holds true for these three Scandinavian countries. They are practically neighbors and have very closely-related languages.

Hence, the Swedish pike is called “Gädda”, while its Danish relative bears the name “Gedde”. In Norway, it is instead called “Gjedde”.

Additionally, Iceland, which has been influenced by Scandinavian culture and language for a long time, also has a similar name for pike: “Gedda”.

All these variations simply translate to pike in Scandinavia.

These are all Eastern European countries that all have Slavic language trades.

As such, their names for pike sound very much alike as well:

All of these names mean either pike or common pike in these languages.

RELATED ARTICLE: What Time of Year Do Northern Pike Spawn?

What Are Pike Called in Russia?

The northern pike can also be found all over Russia, and here, it is simply called “Shchuka” (pike) or “Obyknovennaya schuka” (common pike).

Notice the resemblance to all of the Eastern European names for pike, as Russian is very closely related to all of these Slavic-based languages.

Are There Pike in China?

In the far East, China is another country where pike can be found in considerable numbers.

This black-spotted pike, which is closely related to our common Northern pike, can only be found in the Amur River.

How Big Are Salmon? (Average and Record Sizes)
← Previous
Salmon Fishing in Washington (A Complete Guide)
Next →