Do Carp Eat Other Fish? 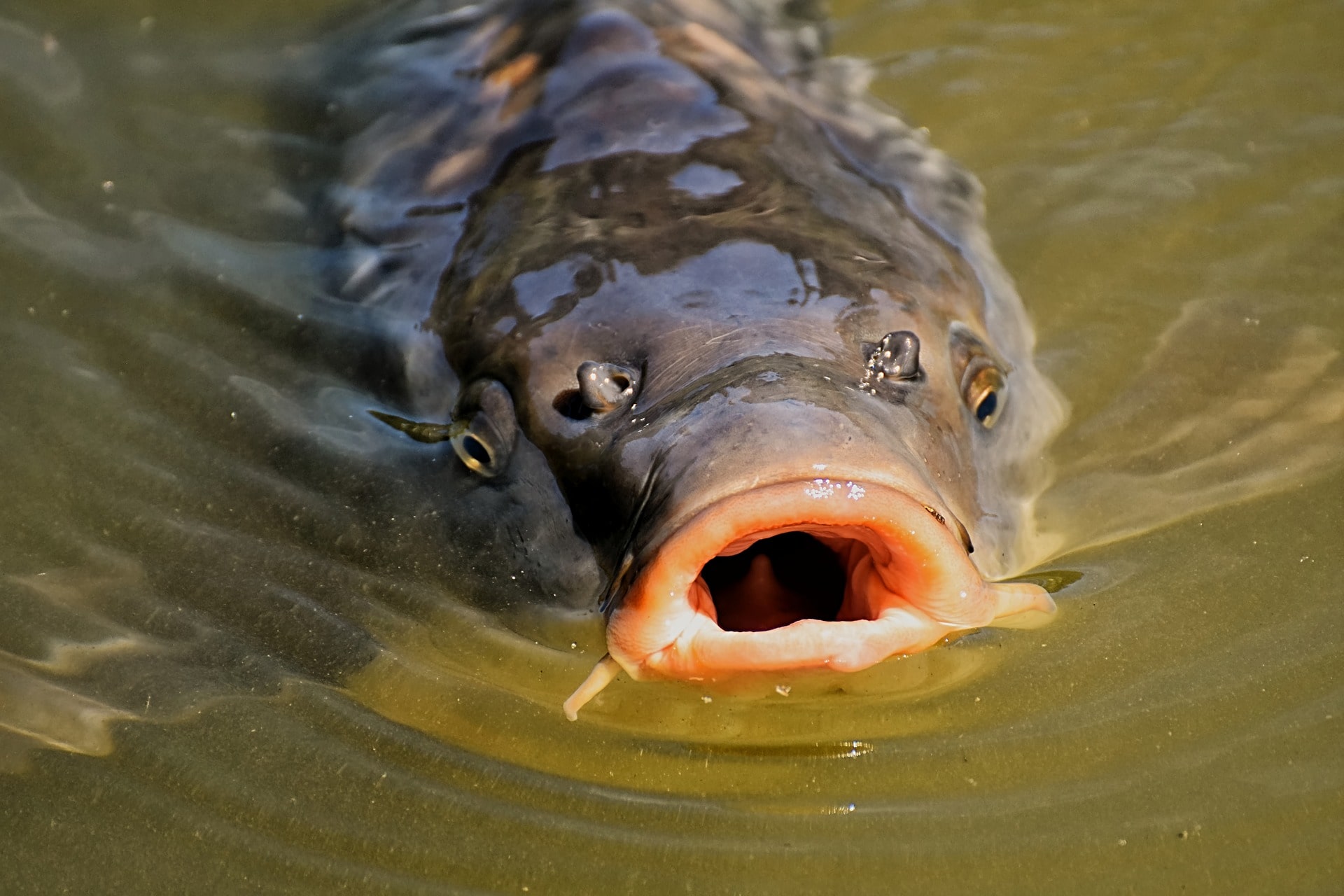 No matter if they are in a garden pond or out in the wild, carp are omnivorous fish that eat copious amounts of food. And so many people are wondering if other fish are on the carp’s diet as well.

All members of the wider carp family (Cyprinidae) are omnivores and mostly feed on aquatic plants and smaller water insects. They do however eat the occasional small fish if they manage to catch one. Additionally, they can also feed on fish eggs.

Keep reading this article and find out the complete answer to the interesting question: Do carp eat other fish?

PRO TIP: Are you an angler and new to carp fishing? Then you might want to take a look at this helpful and comprehensive carp fishing guide on Amazon. It’s got plenty of really useful tips and tricks in it!

Do Carp Feed on Smaller Fish?

For the most part, common carp do not actively hunt for or feed on smaller fish, as they aren’t predatory fish by nature. However, it occasionally happens that carp feed on juvenile fish if the opportunity presents itself.

While carp most commonly have a herbivorous diet, they are nonetheless classed as omnivores, eating everything from aquatic plants and zooplankton to insects, worms, mussels, and crawfish.

And so, being the opportunistic feeders they are, they do not shy away from eating smaller live or dead fish.

However, given the fact that carp do not move about really fast, and so can’t actively chase and catch fish, plus the fact that they will mostly scavenge the bottom for food, it is fairly rare that carp will actually feed on smaller fish.

If they happen to eat a fish, and that is something I, as an angler, have observed multiple times while fishing, it is almost always one of the following scenarios that are taking place:

However, I have heard of venues where the carp’s natural food resources are scarce. In those waters, it can often be observed that carp do, in fact, hunt and feed on both juvenile fish and fry.

Carp can also feed on other fish species’ eggs. Carp can seek out fish eggs and feast on the thousands and thousands of eggs that other female fish have laid on the bottom or onto underwater vegetation.

Much like a vacuum cleaner, a carp will suck in everything in its path when it’s hungry, and so fish eggs that lie scattered all over the bottom or that are attached to underwater plants will get sucked in, especially due to the fact they are are so tiny and do not weigh much at all.

Again, this is not the norm, but it isn’t a super rare occasion either. As fish eggs are such rich protein sources and very easily ingested, they can be considered a suitable food source for carp!

PRO TIP: Check out the related web story on carp and their diet for a quick visual summary of this article!

What Fishing Baits Do Carp Prefer?

If you’re a fisherman who wants to catch carp, you might be wondering what types of bait this fish species prefers. While they can virtually be caught on almost anything, the best baits carp include the following:

And as carp can have an unbelievable appetite, baiting, or chumming your fishing spot can be a very good idea.

More food will almost always attract more carp and once they have found your baited fishing spot, all the food will make them stay for a while, increasing the chance of the fish actually finding and picking up your hookbait.

You can use one, or a mixture of the following baits for pre-baiting/chumming your carp fishing spot:

Do Koi Carp Eat Other Fish?

Many people who own koi carp wonder if they eat smaller fish or if introducing smaller species into one’s koi pond is a safe thing to do, which is why I wanted to include a section on koi carp in this article as well.

Koi carp are colored varieties of the Asian Amur carp (Cyprinus rubrofuscus) and are for the most part kept in outdoor ponds and water gardens.

Much like their wild relatives, koi are for the most part herbivores, but unlike wild carp, their opportunistic omnivorous side is much more pronounced.

In fact, they seem to often favor other species’ young and fish fry (eggs) when they are coupled with smaller fish in an enclosed pond environment.

They are even known to eat their own eggs! Such an opportunistic appetite definitely implies some risks for other fish species, which is something to keep in mind when wanting to introduce smaller fish into your koi pond.

The following fish species can be eaten by koi carp and should hence not be introduced into your pond or water garden:

If you want to put other species into your koi pond, consider buying only adult male or only female fish of bigger species.

Bigger-sized fish cannot be devoured by the koi and as they are only male or female, they won’t produce fry and offspring that might fall victim to the hungry koi carp either.

Do Carp Have Teeth?

While you would think that carp do not need any teeth in order to eat plants and small insects, they actually do have a set of fairly strong teeth at the back of their throats.

These teeth are called pharyngeal teeth and are primarily used to chew and grind hard food, such as mussels or crayfish shells.

You can find out more about carp teeth by reading this in-depth article I have written on that topic.

5 Best Tench Fishing Rigs (And How to Fish Them)
← Previous
How to Catch Buffalo Fish? (An Expert Guide)
Next →
Click here to cancel reply.