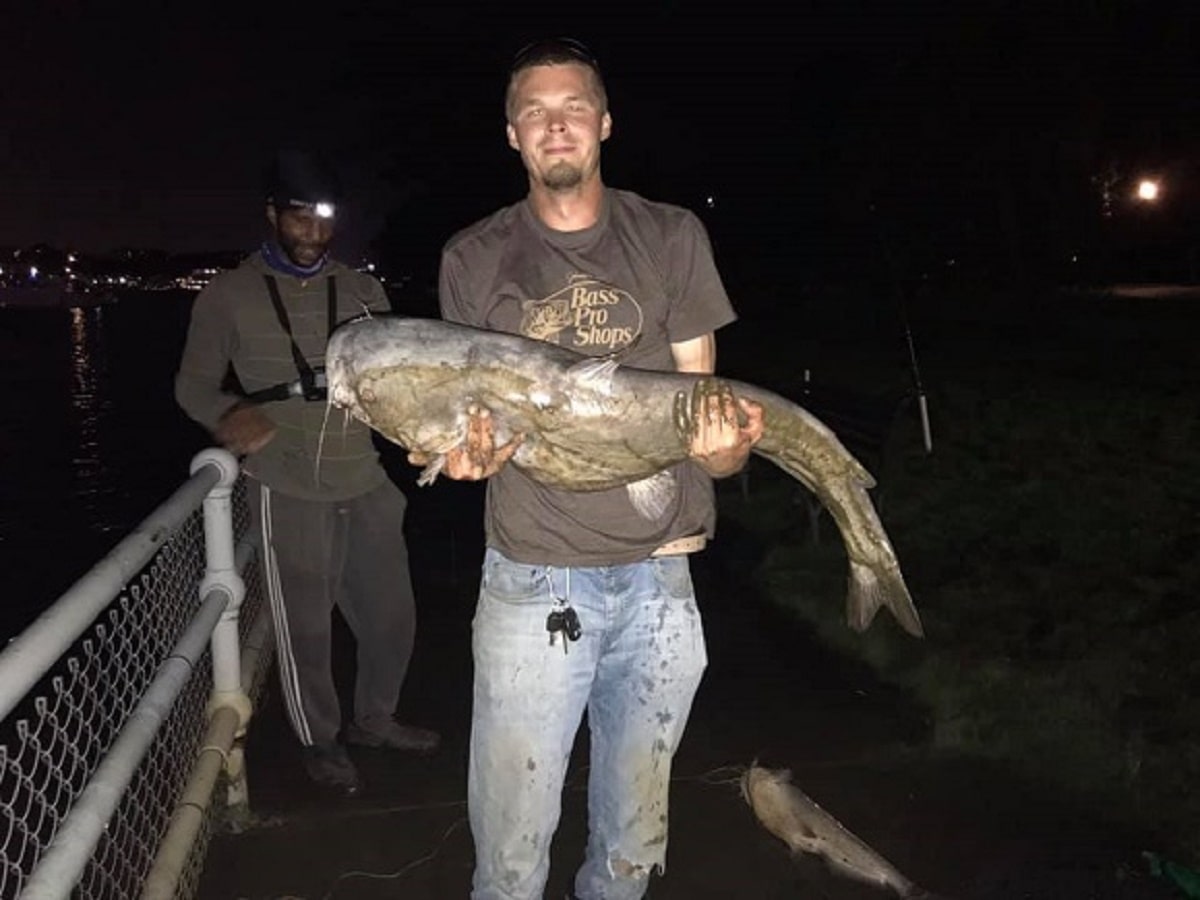 When it comes to the mysterious catfish, there are a lot of questions, rumors, and myths that are circulating the internet. One such is the commonly asked question: do catfish have periods? In order to be able to give you the most accurate answer, I did some research and wrote down my findings in this article.

Catfish do not have periods. Like all other fish species, catfish lay eggs once a year during the spawning season. The eggs grow in the female’s belly until they are released for external fertilization by the male. This natural and repetitive process makes a menstrual cycle in catfish completely unnecessary.

If you want to know more about the spawning processes and behavior of catfish, and how to accurately tell a male from a female catfish, all you have to do is keep reading this article.

Disclaimer: This article is based on several scientific references in order to make it more authoritative and trustworthy.

Do Catfish Have Menstrual Cycles?

Catfish (Siluriformes) do not have menstrual periods. In fact, no fish species on earth does! All female fish naturally produce and grow unfertilized eggs inside of their bellies until they are ready to release them into the water. Once the eggs are deposited into the water, the male fish will excrete its sperm onto the eggs.

This process of releasing the eggs and sperm and that of the resulting external fertilization is referred to as spawning.

This menstrual cycle controls both the production and release of eggs, as well as the release of the necessary hormones to make a pregnancy possible. It also prepares the female’s uterus to receive a fertilized egg so that it can harbor and develop it until birth.

As you probably know, a period has a median length of about 28 days, meaning that egg production occurs on a monthly basis.

Fish, catfish included, on the other hand, have an egg production that occurs only once a year. In most species, this will be sometime during the early fall and carry all the way to spring, until the spawning season is occurring.

And as catfish are depositing their unfertilized eggs into the water, there is really no need for a menstrual cycle that would have to control the female’s hormones, uterus, or the internal release and navigation of the eggs.

When it comes to catfish, we could perhaps refer to an annual spawning cycle instead, maybe that would make things clearer.

How Do Catfish Spawn?

Like all fish, catfish spawn simultaneously, with the female laying its eggs into a nest that the male has previously built on the lake or river bottom, and the male depositing its semen onto the eggs, which then get fertilized.

The spawning of all major catfish species in North America takes place between the period of late spring and summer, with a water temperature of about 80 degrees F.

Once the eggs are laid and fertilized, the female will leave the nest for good, while the male will remain and guard the offspring until they hatch.

Pro Tip: If you want to learn more about the best ways to catch catfish, check out this helpful and complete guide on Amazon right here.

Do Catfish Have Two Sexes?

This is another myth about catfish that can be found in various online fishing forums and communities. Catfish are gonochoristic, meaning that each individual fish is either male or female. This means that one and the same catfish does not have two sexes.

Of course, hermaphroditism, meaning that an organism possesses fully functional male and female genitalia, can occur among catfish populations, but according to research, it is fairly rare. as 99% of all fish species consists of separate-sex individuals.

How to Tell the Difference Between a Male and a Female Catfish?

So how do you actually know if the catfish you’ve caught is male or female? There are actually quite a few features you can look for in order to accurately identify the fish’s gender.

One is the catfish’s urogenital opening, or vent, which can be found on its underside, right next to the anus. Male catfish will have a more uneven opening with a little knob or papilla surrounding it. Female catfish, on the other hand, have a narrow and flat slit-like urogenital opening that lacks a papilla.

Another feature that can determine the sex of a catfish is its head. Male catfish have heads that are much wider and more muscular than those of females. They will also have thicker and meatier lips than females.

And then there’s the obvious one of eggs or milt. If you are fishing for catfish close to the spawning season, females will have a very thick belly that is filled with their eggs. When landing the fish, it’ll sometimes excrete a few of those eggs, which then tells you that what you’ve caught is a female.

On the contrary, a male catfish that is about to spawn will often excrete its whitish milt when on land or being in your landing net.

Top 10 Perch Fishing Tips
← Previous
What Is the Best Weather for Pike Fishing?
Next →
Click here to cancel reply.