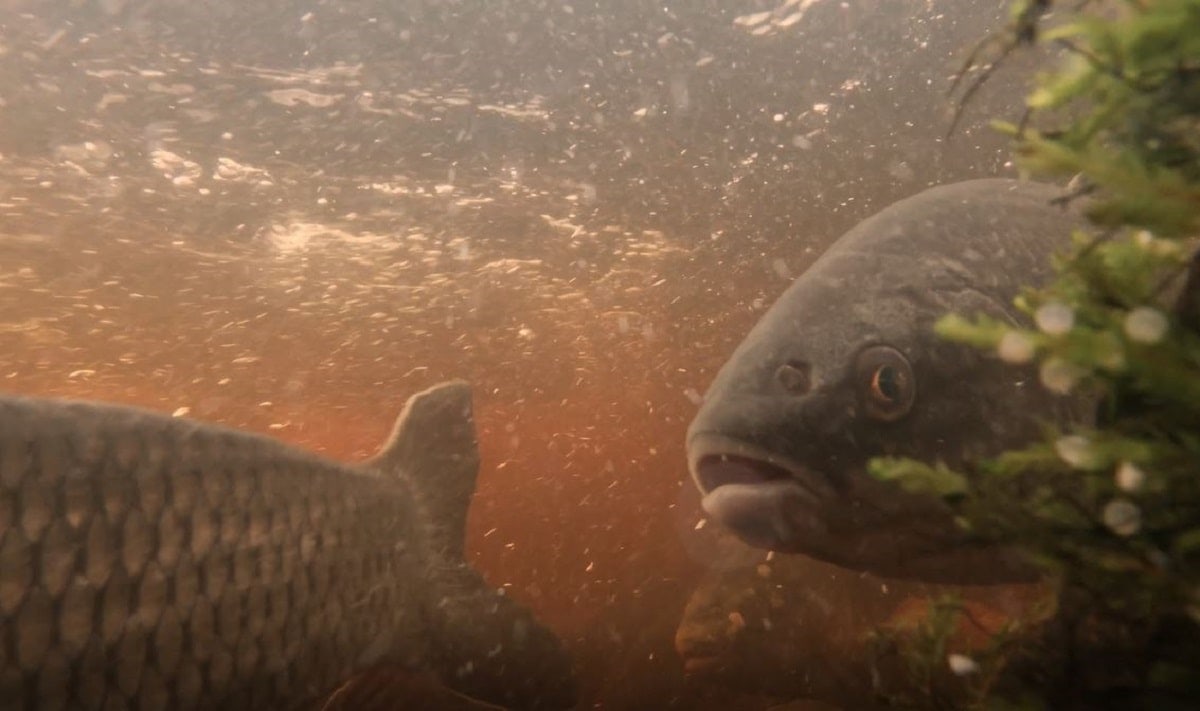 Many people are wondering about the reproductive system of fish and if they actually have a menstrual cycle, like mammals do. As I am a passionate fisherman and interested in fish biology myself, I decided to do write this helpful article to answer the commonly asked question: do fish have periods?

Fish do not have periods. They have internal sexual organs and ovaries that produce unfertilized eggs once a year. When the eggs have matured, the female will eject them into the water for external fertilization by the male. This process, called spawning, makes a menstrual cycle in fish unnecessary.

Continue reading this article if you want to get more interesting facts about the reproductive system of fish and their spawning behavior.

Disclaimer: This article is based on several scientific references in order to make it more authoritative and trustworthy.

Do Fish Have Menstrual Cycles?

The biology of fish does not include a menstrual cycle. Unlike mammals, fish fertilize externally to reproduce, which means that the female will scatter the unfertilized eggs into the water. Simultaneously, or shortly after, the male will eject its sperm over the laid eggs in order to fertilize them.

Menstrual cycles occur each and every month in order to prepare the female body for a possible pregnancy. If internal fertilization of the released egg takes place, the uterus adjusts accordingly.

If it doesn’t happen, the created tissue intended for the coming pregnancy is shed via the release of blood at the end of the menstrual cycle. This is commonly referred to as the period.

As there is no internal fertilization taking place in most fish species, there is simply no need for a menstrual cycle or a period, because the eggs do not mature inside of the mother’s womb. No pregnancy, no period.

Most species will start their egg production sometime during the fall. Throughout winter, the eggs then start to develop, and sometime during spring, the female will release them into the water.

Of course, the process of external fertilization underwater is anything but precise, meaning that the male’s sperm all too often does not cover all the eggs that the female has released.

This can for example be due to underwater currents or if the male happens to release its sperm too late.

Their numbers ensure the survival of the next generation. Because even if a majority of eggs won’t get fertilized, there will still be enough eggs that will.

So, if there is no menstrual cycle in fish preparing the female for an upcoming pregnancy, how do they know when to lay their eggs? And how exactly does that process work?

The answer is called spawning.

How Do Fish Spawn?

Spawning, or broadcast spawning, is simply another word for the process of fish mating; meaning the coinciding release of eggs and sperm into the water. The eggs and sperm that are being released are called spawn.

If you live close to a river with clear water, it’s actually pretty easy to observe spawning fish, if you know when the spawning takes place, that is.

Most likely, what you’ll see is a smaller or bigger group of fish, consisting of a few females (they have the fat bellies with the eggs in it) and plenty of males (they are usually smaller and slimmer than the females).

And once they’re at it, they’re at it! Spawning fish are fairly active and will swim and splash around, often for hours. It’s an amazing spectacle to witness, actually!

What happens is that the males are sort of chasing the female, as each and every one of them, quite naturally, wants to be the one that gets to fertilize the eggs.

Hence, the act of spawning can be rather intense, and sometimes even violent. It’s nature at work, in other words.

The period leading up to the spawning can last days or even weeks, and the fish most certainly change their behavioral patterns during that time.

For one thing, they will not feed as much during those days and weeks leading up to the spawning. This explains why it is often so difficult to catch fish just before they spawn.

For another, large numbers of fish of the same species will gather in e.g. big, shallow bays in lakes or the sea, or start to migrate up freshwater rivers, if running water is their habitat or if they can access it from their saltwater habitats.

PRO TIP: For a quick visual summary of this article, check out the related web story on fish and their spawning behavior here!

When Do Fish Spawn?

Most fish species will spawn sometime during the spring, most commonly between the months of March and June.

Once the fish have gathered in a bay area or have come up the river, they usually wait for several or all of the following conditions to be just right (of course, those will have regional differences):

Especially in rivers, water temperature and the strength of current are definitely the two most important factors when it comes to spawning.

The fish always tend to wait until the colder water of the river (which hence is highly oxygenated and therefore favorable for the offspring) reaches a certain temperature before the spawning begins.

A slightly higher temperature, coupled with a stronger current equals higher survival chances for the young.

In still water, such as lakes, temperatures in shallow bays increase more rapidly. Here, the factors oxygen and light intensity play a far bigger role for the fish.

The water in a bay area must actually not get too warm too quickly, as this means lower levels of oxygen.

And as bays are pretty open areas that are vulnerable to predation, the light intensity also plays an important role.

Too much light is dangerous for smaller fish, as they will be easy prey for bigger predators (both fish, birds, seals, and humans).

This explains why the spawning in lakes or the ocean often takes place during the darker hours of the morning or evening.

At What Temperature Do Fish Spawn?

Here is a table that shows the preferred water temperatures for spawning for the most popular game fish in North America:

RELATED ARTICLE: Make sure to also read this article if you want to learn more about the spawning behaviors of catfish

How Many Times Per Year Do Fish Spawn?

Most fish species only lay eggs and reproduce once a year. However, some fish spawn more than once or twice a year, if the conditions allow for it. Two examples of such species are the steelhead and rainbow trout.

It is unclear what initiates the production of the eggs inside of the female fish each and every year. Most likely, it’s simply an automatic evolutionary process that is taking place.

In most fish species, the egg production is a slow process that takes several months, which explains why only a few species managed to spawn more than once a year.

In the case of the rainbow trout, it could also be due to the fact that they have been farmed quite extensively over many years, which could have altered their reproductive system and capabilities somewhat.

Best Weather for Tench Fishing (An Expert Guide)
← Previous
What Is the Best Groundbait for Bream?
Next →
Click here to cancel reply.