Matt Hayes – An Interview on Fishing 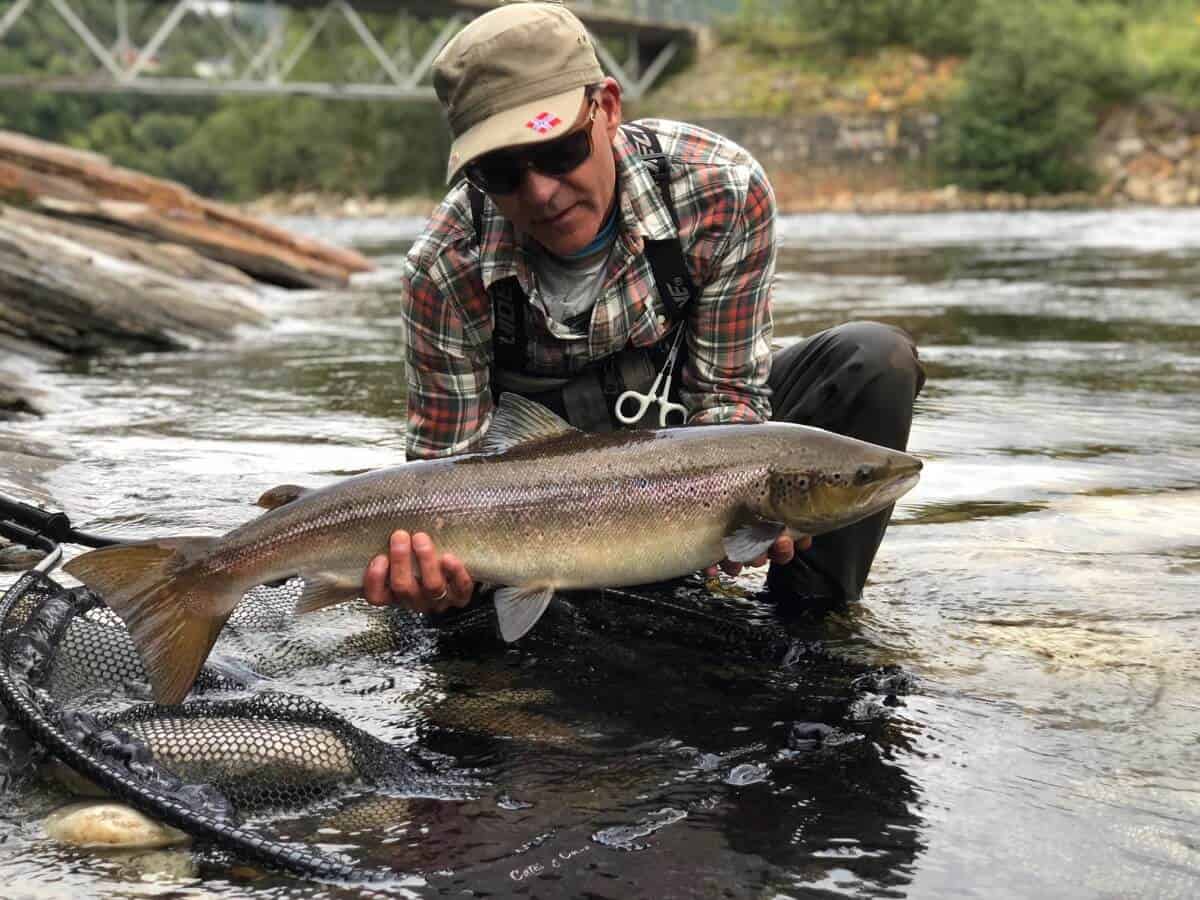 English specimen fishing has brought forth a lot of great anglers and without a doubt, Matt Hayes is one of the greatest ones of all time.

He is known all over the globe, has fished it, and, when it comes to fishing, probably possesses more knowledge and experience than all of us combined.

I had the absolute pleasure of doing an interview with Matt, asking him a variety of questions about his spectacular life as a passionate angler, filmmaker, photographer, and nature enthusiast.

So if you have a few minutes over and like to read about Matt Hayes and his fishing adventures, pour yourself a cup of tea and enjoy the following lines.

By God, who hasn’t heard of Matt Hayes or seen him catch a giant specimen in one of his many movie productions over the years?

I myself dearly remember watching The Great Rod Race over and over again in my late teens, as I had just gotten into specimen fishing and the internet was still a young, no so information-rich place.

I learned many techniques and tricks from that show that I still use to this day.

Ask anyone, perhaps even Matt himself, and he or they couldn’t possibly tell you how many fish he has caught or how many hours he has spent on the bank; he is angling personified and he has literally fished his entire life.

What Is Matt Hayes’ Favorite Species?

Naturally, I wanted to know what Matt’s favorite species might be, or if he even has one, given that he has caught most of the fish swimming around in both the British Isle and various countries around the globe.

“My answer has changed over the years, Max. I used to go through phases in my fishing where I’d wanted to fish for big roach for a while, then it might be perch, and then it would be pike, and then chub…and so on.

And I used to read a lot of books, that’s the way I learned in those days, you know. So, for example, if I wanted to catch big chub, I’d read a book about fishing for big chub to inspire me and give me ideas.”

So, it’s really always shifted. But for many years, I would give the same answer, which would be chub. I love chub fishing, the simplicity of it, the fact that chub can be caught in all weathers and conditions. So, chub has always been very, very high on my list.

But, if it had to be one, and just one, it would probably have to be pike! It’s a sportfish that’s available to a lot of people in both Europe and North America.

You can still dream, can’t you! So if I think to myself: what fish would impress me the most, it would have to be pike, lure fishing for pike.”

On a side note, who wouldn’t make a mess in their pants if such a fish would come along? So, I can definitely relate to Matt’s answer. It’s a really majestic species.

When thinking back to The Great Rod Race, Lake Escapes, Total Fishing, Mainstream, and various others of Matt’s TV productions, I wanted to know more about his past on television and his present on social media, as he has really mastered this shift from one media landscape to another.

“About 7 or 8 years ago now, I had been commissioned by Discovery to make a new fishing series with Mick (Brown).

Budgets had been approved, and we were in the process of planning the whole thing when I got a phone call one day and they told me that their budget had been absolutely decimated, due to the company’s change in strategy.

So, overnight, everything had been canceled. And then I was given the choice to either make shows at a much lower budget level or not make them at all.”

“And so, I realized at that time that I really had to think about how things were going to be in the future. And I concluded that my future would lie in social media!”

“My most successful medium is definitely Facebook because that’s where I get my biggest audience. And what I like most about social media is the immediacy of the feedback.”

To get the most out of it, you’ve got to engage with people. Everything I and Mick do on Facebook, movies, challenges, Facebook lives, discussions, and so on, we make for the people we talk to through social media every day.

It’s not so much about what you catch, but about telling a story, entertaining people, and inspiring them at the same time!”

How Did Matt Hayes and Mick Brown Meet?

When you think of Matt Hayes, you’ll automatically also think of Mick Brown. The two masters of angling are very good friends and together, they have caught countless fishing adventures on film over the years.

I wanted to know how they had met once upon a time.

“When I started writing in the fishing press and success came along, I ended up meeting a lot of people who’ve influenced my fishing. One of them was Mick Brown.

I met Mick because I just turned up one day to go pike fishing and it was on a place where they had boats. Most people who rented boats there fished in pairs, and that day, we both happened to be on our own.

So I said to Mick: “look, you want to fish together?”, and he said: “Yeah, okay!”. I was quite nervous actually because I really looked up to Mick at that time; he was a big name in the sport and someone who’s stuff that I’d read, you know.

It was like meeting the head boy at school, he just was that kind of guy; he was cool and immensely knowledgeable.

To me, it is as much of a privilege to see that greatest of angling duos together in a movie, doing what they both were born to do; catch big fish.

There is so much skill and experience there, and the level of friendship that these two share is just incredible.

Matt Hayes and the Mighty Salmon of Norway

For many years now, Matt has lived in Norway, very close to one of the best salmon rivers in the entire world; the Gaula River. There, he runs a lodge and a fishing guide business together with his Norwegian wife Anne Marit.

Of course, I wanted to know more about that new lifestyle of his, his new home, and about that amazing salmon fishery and Matt’s first encounter with it!

“I came to Norway for the first time in 2002 or 2003. We took a school bus from Bergen on the Atlantic road, up the coast and all the way up to the Arctic circle.

I have always felt very at home in Scandinavia. I fell in love with the place from the very first minute I set foot here.

Then in 2005, Discovery asked me to do a series called Lake Escapes, and one of the places we came to visit was the Gaula River in Norway.

I’ve never had my ass kicked so badly by a river in my life! I mean, it was freezing cold, I had fly fishing equipment that even an expert couldn’t make work…it was like going into a bullfight mate!

I was wading up to my tits in freezing cold water, with a leak in both the right and the left wader leg, freezing water pouring in all the time, trying to catch a fish that I really didn’t know much about.

And so, when I came off the river, I really felt that I had been beaten…not just a bit, it was like getting done 8-0!

So, I decided to come back, back to Gaula! And to cut a long story short, I met my wife here and the rest is history. I now got three kids with her and I live in Norway!”

Matt then went on telling me that he has since caught a lot of salmon on the Gaula River and every year, he is helping many anglers catch their dream salmon in that magical place up in Norway.

By the way, if you’re interested in finding out more about the salmon fishing on the River Gaula, make sure to visit the Winsnes Fly Fishing Lodge website!

I myself am planning a trip there in the future, because salmon or no salmon, that looks like one hell of a fishing experience to me!

So this was my interview with the legendary Matt Hayes! I must say that I, of course, was a little nervous about talking to him at first.

But from the very start, Matt was extremely friendly and open, making the interview and talk we had in between and afterward nothing but a genuine pleasure! Thank you for that Matt!

Dear reader, I sincerely hope that you have enjoyed this read and want to wish you the tightest of lines!

Make sure to check out Matt Hayes’ website mattheyes.tv if you want to purchase any or all of his books and DVDs. There is a ton of amazing footage and written content to be found there!

All images courtesy of Matt Hayes

What Is the Best Weather for Perch Fishing?
← Previous
Carp Fishing at Night (A Complete Guide)
Next →
Click here to cancel reply.