Wahoo Teeth (With Facts and Pictures) 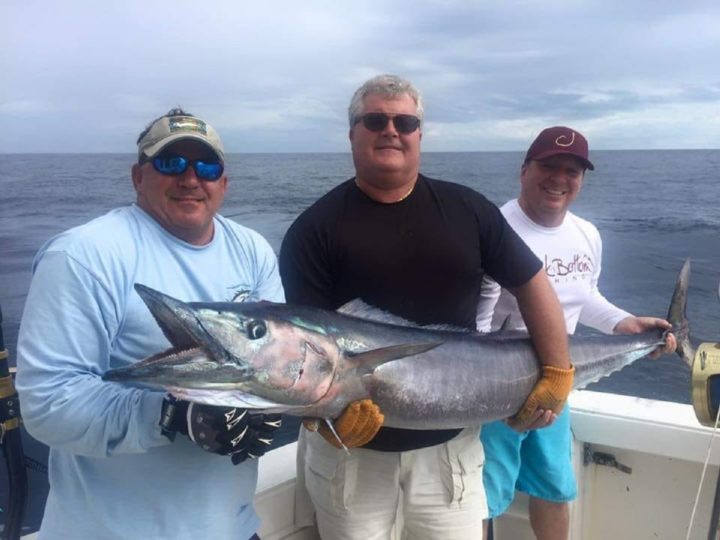 The wahoo is not only one of America’s most popular saltwater game fish, but also a fierce and scary-looking predator. I wanted to find out more about wahoo teeth and how sharp they really are, so I did some research and wrote an article on this interesting topic.

Wahoo have a mouth full of extremely sharp teeth. So sharp, in fact, that many anglers compare them to a band saw. They can have up to 100 triangular, serrated teeth that are set tightly together in one row in both the upper and lower jaw.

Continue reading this article for all the interesting facts and some amazing images of wahoo and their mouths and teeth.

Do Wahoo Have Teeth?

Wahoo (Acanthocybium solandri) are saltwater predatory fish that have plenty of sharp teeth. Both anglers and scientists, who’ve studied this species, have stated that the wahoo is among the saltwater species that have the sharpest teeth.

Their fairly large mouths have a single series of closely set, very strong teeth that are triangular in shape, compressed, and finely serrated. These teeth are fairly small in juvenile fish but keep growing and getting larger in adult wahoo.

As the base of their maxilla (their upper jaw) is completely sealed by their skull’s lacrimal bone, their jaws open and close like scissors, giving their bites both strength and speed superiority.

It is the combination of plenty of razor-sharp teeth and a highly advanced and strong jaw mechanism that makes the wahoo such an effective and ferocious predator.

Those teeth can cut and tear through both flesh and bone like butter, making the wahoo a top predator with few natural enemies.

How Many Teeth Do Wahoo Have?

On average, adult wahoo can up to 100 teeth in their mouths. Obviously, this number varies a little depending on the actual size of the individual fish, and some anglers have reported really big catches with 110 to 120 teeth.

But these are definitely more the exceptions than the rule. Normal-sized wahoo have 40-45 teeth in their lower jaw and 50-55 in their upper jaw.

While they generally don’t attack swimmers or divers underwater, having a rod and reel caught wahoo on the deck can actually be quite dangerous.

When they’re out of their element, wahoo tend to move around wildly and violently in order to get back into the water. If you, the angler, should get too close to their rapidly opening and closing jaws and razor-sharp teeth, you can get injured pretty badly.

Many careless anglers have gotten cuts and wounds by wahoo teeth and plenty of fishing trips had to end prematurely with the injured angler having to go to a hospital to get those wounds treated and stitched.

That’s why it’s always a wise idea to handle caught wahoo calmly and carefully while they are on the deck.

If you have to unhook the fish on the deck, wearing armored gloves can be a simple way of protecting your hands from bites. Amazon has some really tough and tooth-proof fish handling gloves that you can check out here.

Pro Tip: You should never ever leave the shore without a complete first-aid kit when fishing for toothy predators. It’s easily packed and can prevent the worst while you’re still out on the water. Find an awesome, waterproof first-aid kit on Amazon.

Can Wahoo Bite Through Fishing Line?

Wahoo can and will bite through all types of conventional fishing lines and leaders, including monofilament, braid, and fluorocarbon.

Hence, when fishing for wahoo, you should always use a wire leader with the appropriate pound test for such a species.

When it comes to Wahoo, this would translate into a single-strand stainless steel leader of at least 45-55lb. Such a leader strength can both withstand the wahoo’s sharp teeth and awesome strength.

American Fishing Wire is probably the most reliable alternative when it comes to saltwater wire leaders. Thousands and thousands of anglers swear by! You can check out this amazing leader on Amazon here.