What Is an Unhooking Mat? (A Complete Guide) 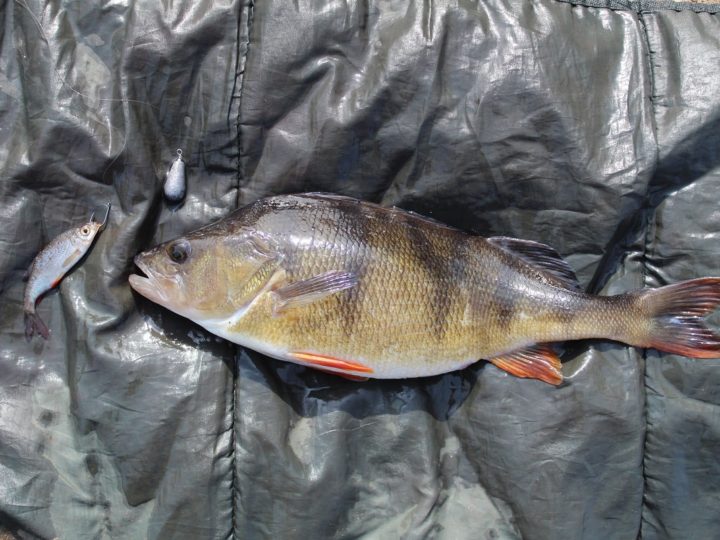 Carp anglers have used them for ages, but even fishermen who target pike and other species use unhooking mats more and more in order to handle their fish.

As there is so much to know about this particular piece of fishing gear, I wanted to answer the question: what is an unhooking mat?

Unhooking mats are made of a protective outer fabric and a soft foam-based center and used to protect the fish from harming itself while you handle and unhook it on land. They come in many different shapes and sizes and are most commonly used for carp fishing.

Continue reading this article if you want to know all the specifics about unhooking mats, how exactly they are used, and what species you can use them for.

What Are Unhooking Mats Used for?

Unhooking mats are used for fish protection while handling and, as the name suggests, unhooking fish on the ground after you have caught and landed them.

Most commonly, they are used by carp anglers, but even predator and coarse anglers are using them more and more to better handle their catches.

Thanks to their outer fabric, which is usually breathable and very friendly to the fish’s slimy skin, and their super-soft inner fabric, often made of foam or tiny poly balls, unhooking mats act like beds, or mattresses, for the fish while they are on land.

An unhooking mat will allow you to both calm your fish and keep it for a short while without it flipping on the ground and possibly injuring itself so that you can safely and smoothly unhook it.

Additionally, these mats are great to use when wanting to measure the length of a fish, as the fish is much more likely to remain still and straight while resting on the mat.

A third advantage of using an unhooking mat is that your catch and its sensitive and vulnerable outer layer of slime won’t get in contact with dirt, gravel, or sand on the bank, but will instead remain clean until you release it back into its element.

How Do You Use an Unhooking Mat?

Using an unhooking mat is really straightforward and simple. Basically, you put your mat on the ground in or near your swim and then place your caught fish on it.

Obviously, these will only include bigger specimens that you cannot unhook and release directly or fish that you want to measure, weigh, and photograph.

Here are a few more things to think of when using an unhooking mat:

Always pour some water onto your mat before you place your caught fish on it. The mat’s outer fabric is fish-friendly in itself but works even better when wet.

Pro Tip: If you need to keep your fish on the mat longer than expected, make sure to also pour some water over it, to make its stay on land more comfortable.

Keep It Away From the Water

Try not to place your unhooking mat too close to the water! Trust me, I had to learn this the hard way. Sometimes, a fish will move around uncontrollably and eventually get off the mat.

If this happens too close to the water, it’ll make its way back into its element before you can grab it again (it’s like they know where to go).

This can be especially difficult to handle at night, and especially frustrating if it is a really big fish you wanted to weigh and take a nice picture of.

So, just to be sure, place your mat a good distance away from the water.

It can be a smart idea to build up an entire little station around your unhooking mat.

You can put your measuring tape, scale, and weighing sling right next to it, as well as place a bankstick or tripod in front or behind it, so that measuring, weighing, and taking a picture of your catch can be done swiftly and orderly.

This will reduce stress for you and for the fish, as well as get it back into the water again much faster.

These are flat, light, and often smaller-sized unhooking mats that are predominantly used for smaller coarse fish and smaller pike or zander.

You can roll them together, which makes them very easy to transport and bring around, and the perfect fit for shorter sessions.

They often come in the following sizes:

This type of unhooking mat is more advanced and thicker than the previous one and most suited for bigger fish, such as big pike, carp, and smaller catfish.

They are generously padded, very soft, and can hence handle even the liveliest of fish exceptionally well.

They can be folded and closed up with velcro straps.

And last but not least, carp cradles, which are a newer type of unhooking mats.

Carp cradles are most suited for carp, as they are usually oval and hence fit the carp’s own body shape. They are commonly pop-up versions that can be folded and come with a large carry bag.

This type of unhooking mat is well padded and usually has walls for extra fish protection and safety. As such, it is the perfect mat to handle both small and very big carp without any fuss.

Carp cradles can come in the following sizes:

Check out the perfect carp cradle on Amazon here

What Species Can You Use Unhooking Mats for?

As previously stated, unhooking mats have been used in carp angling spheres for many years and it is carp angling that they are most associated with.

However, more and more pike anglers are using them as well to handle their big catches, which makes a whole lot of sense, as pike have fairly sensitive skin and slime layers.

Beyond that, coarse anglers are also unhooking mats for their somewhat smaller catches, although they aren’t used as much here.

And then there are the specimen anglers, who’ll basically use an unhooking mat for all their target species.

Doing a fair bit of specimen fishing myself, I like to use them for the following species that I target throughout the year:

In the US and Canada, more and more anglers also use them for the following species, both on open water and on the ice during winter:

How to Clean Your Unhooking Mat?

Cleaning your unhooking mat is always a good idea, as this will both eliminate the risk for bacteria on the mat, as well as the horrid stench that comes from dried fish slime, especially during summer when it’s warm!

When your fishing session is coming to an end, a first step can be to simply give it a good rinse in the water of the venue you’re fishing in. This will get rid of most of the slime and smell, which makes the drive home so much more pleasant.

Once you’re home, give it a good rinse in the shower using warm water, and then hang it out to dry outside. It’ll be nice, clean, and ready for your next trip.

Should You Use an Unhooking Mat?

If you ask me, I’d always give the same answer: yes, you should always use an unhooking mat for certain species.

If you enjoy fishing, then you’ll most likely also want to take care of the fish you catch, especially if you are practicing catch&release.

And while fish like carp, pike, eel, or other slimy fellows that you catch are on land, using an unhooking mat to handle them is simply a very sensible and fish-friendly thing to do.

The fish, both now and in the future, when you or someone else will catch it again, will definitely thank you for it!

Do You Need a Wire Leader for Bass?
← Previous
Best Wire Traces for Pike (For All Methods)
Next →
Click here to cancel reply.