Where Are Abu Garcia Reels Made? (Still in Sweden?) 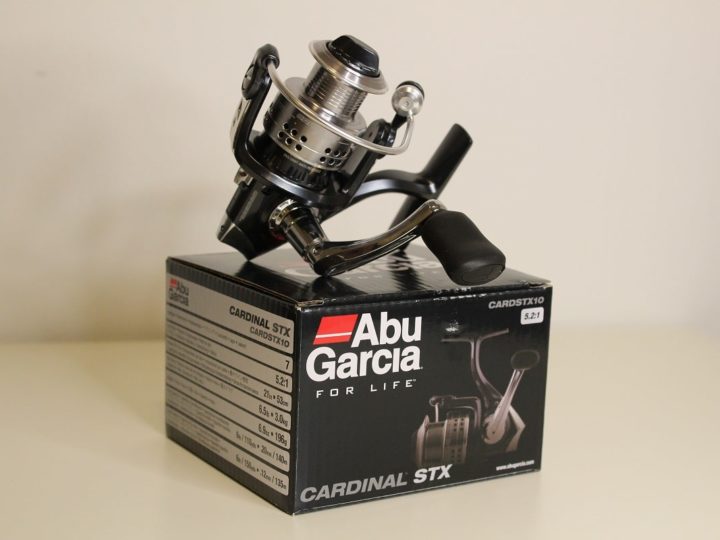 Abu Garcia is one of the world’s most popular fishing reel brands and stands for superb reel quality and design. This once Swedish company is now based in the US, so I wanted to find out where their reels are being made.

Today, most of Abu Garcia’s reel models are made in Asia. However, the C3 and C4 4000-7000 series of their classic round baitcaster reel, the Ambassadeur, are still manufactured in the original Abu Garcia factory in the Swedish city of Svangsta.

Read on and find out what countries make Abu Garcia reels today, what some of their best reel models are, and where the name Abu Garcia comes from.

PRO TIP: You can take a closer look at some of the best Abu Garcia fishing reels on Amazon here!

Are Abu Garcia Reels Still Made in Sweden?

Today, the production of Abu Garcia reels takes place mostly in Asian countries, but there are still a few reel models being made in Abu Garcia’s original factory in Sweden.

While Abu’s entire range of spinning reels and modern baitcasters was outsourced in the mid-90s, the manufacturing of their classic Ambassadeur reels remained in Sweden for a while longer.

Over the years, however, more and more Ambassadeur models were being produced in Asian countries, and today, only the Ambassadeur C3 and C4 4000-7000 series are still being made in Sweden.

But that’s nonetheless quite remarkable, given Abu Garcia’s history as a reel manufacturer. The odds of a relatively small Swedish company surviving in a challenging global market like this one have always been relatively thin.

So, the fact that the brand name Abu Garcia is still around and that some of their original reels are still being produced at home in Sweden demands a fair amount of respect!

You can read more about Abu’s fascinating journey further down in this article. So make sure to keep reading!

Pretty much all of Abu Garcia’s reel models are now being made in either China or Korea.

Some of their most popular fishing reels that are produced in these two Asian countries include:

I’ve personally fished with the Cardinal spinning reel and the Revo Beast baitcaster, both made in Korea, and can only say that the quality of these reels is impeccable!

And from what I read on the internet, most anglers share the same experiences in various forums and Facebook groups.

What Are the Best Abu Garcia Fishing Reels?

This isn’t an easy question, and the answer is, of course, always up for debate. But given the thousands of reviews and experiences I’ve researched online, I landed on the following three Abu Garcia reels:

Undoubtedly one of Abu Garcia’s best creations! The Revo Beast is a powerful, compactly designed baitcaster that easily handles freshwater and smaller saltwater predators. It’s the perfect fit for pike and musky!

Incredibly smooth, casts like a dream, has an amazing drag power, and an overall cool design. All in all, the perfect low-profile baitcaster.

The Cardinal is one of Abu’s most popular spinning reels and perfect in combination with a medium-light to light rod.

It’s an excellent pick for targeting walleye or panfish and works phenomenally on both open and hard water.

It’s also a very affordable piece of gear, and you’ll get a lot of reel for your money!

No article on Abu Garcia would be complete without a section on the eminent and original Ambassadeur.

This is Abu Garcia’s flagship and, to be honest, one hell of a reel!

This round baitcaster made Abu Garcia famous, and to this day, thousands and thousands of anglers swear by this great reel.

The fact that this model, the C3, and the Ambassadeur C4, are still made in the original Abu factory in Svangsta, Sweden, doesn’t make it any less popular or mythical.

The Ambassadeur is the ultimate combination of strength, smoothness, and precision, and you have to own one to be able to experience its might and awesomeness fully!

Where Does the Name Abu Garcia Come From?

ABU stands for AB Urfabriken, which is Swedish for Watch Factory Ltd., as ABU started out as a manufacturer of pocket watches in Sweden.

The company known to millions of anglers worldwide as Abu Garcia was founded in 1921 by a Swedish entrepreneur called Carl August Borgstrom.

During the company’s first ten years, production was focused on watches, telephones, and taximeters. But with the emergence of WW2, the demand for such products started to decrease drastically.

It was then that Borgstrom’s son Gote, an avid angler, redirected the company’s focus towards fishing reels.

Around that time, the New Jersey-based Garcia Tackle Company started importing and marketing Abu’s Ambassadeur reels in the US.

In 1980, ABU acquired the Garcia company and decided to change its name to Abu Garcia.

Things looked extremely bright for the little Swedish reel manufacturer at that point. Unfortunately, things started to go downhill quickly from there, mostly due to a series of bad economic decisions and an unfavorable Swedish tax system.

To make a long story short, it got so bad that, by the mid-90s, the company had only two choices left; going bust or joining a larger corporation.

Naturally, Abu Garcia didn’t want to end things there and then, and in 1995, Abu Garcia was acquired by global fishing tackle provider Pure Fishing.

Since then, Pure Fishing has acquired a series of well-known fishing tackle manufacturers and become a global industry giant, as brands like Berkley, Penn, Shakespeare, Pflueger, Mitchell, and Fen-Wick have joined their ranks.

Thanks to that ever-increasing market dominance, Abu Garcia was able not only to survive but to thrive and further develop their impressive fishing reels.

It’s perhaps not the way an idealist would have envisioned the path of Abu as an independent fishing reel manufacturer, but hey, it’s not a perfect world, is it?

Where are Shimano Reels Made? (Not Where You Think!)
← Previous
Where Are Daiwa Reels Made? (Fishing Tackle Facts)
Next →