Where Are Okuma Reels Made? (Interesting Gear Facts) 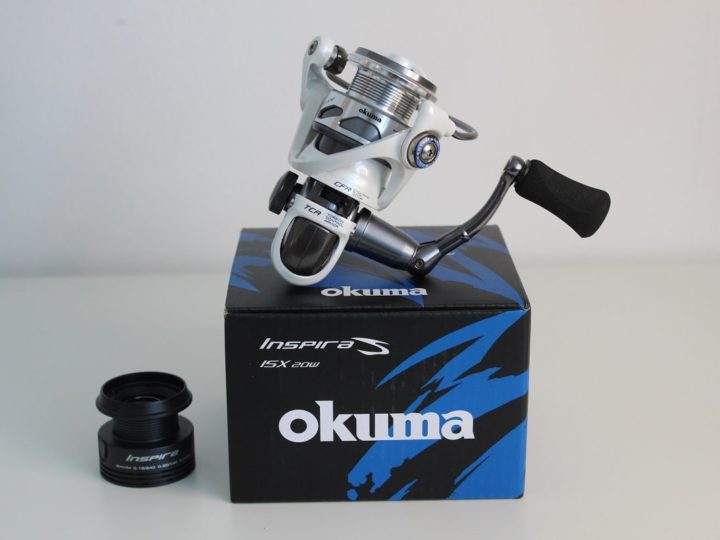 Many anglers think that Okuma is a Japanese brand, while others believe that Okuma reels are made in China. I wanted to know where exactly Okuma reels come from, so I researched the topic and wrote up this article.

Okuma Fishing is a Taiwan-based reel manufacturer, and virtually all of Okuma’s reels are made in Taiwan and China. This popular reel manufacturer was founded in 1986 and has since become a very successful and popular fishing tackle brand.

Keep reading this article if you want to learn more about Okama and their reels, including some of their very best reel models and what the first-ever Okuma reel was called.

PRO TIP: If you want to check out some of the best Okuma fishing reels, you can find them on Amazon here.

In What Country Are Okuma Reels Made?

All of Okuma’s reels are produced in either Taiwan or China. The company was founded in Taiwan in 1986 by entrepreneur Charles Chang and managed to expand its production into China in the early 90s.

Already being located in Asia has given Okuma a certain advantage over other reels brands, as they did not have to outsource any of their production.

The founders also know the regional Asian market like the palm of their hand, which made the distribution to nearby markets, such as Hong Kong and China, somewhat more manageable.

And even though Okuma faced significant challenges during their first years as a fishing reel manufacturer, at the beginning of the 90s, they finally managed to establish themselves around the Asian continent.

Soon, the US and other Western markets would follow, allowing Okuma to develop and improve its business and production.

Having started with fly fishing reels, Okuma could produce trolling and spinning reel series that quickly found their way into the North American market.

RELATED ARTICLE: Shimano vs. Okuma (WHich Reel Brand Is the Best?)

Is Okuma a Good Reel Brand?

Initially, the company faced production issues and had a somewhat bad image among American and European anglers when their reels first hit those markets.

But, after a few years of working hard to erase those problems and stepping up their production quality, Okuma managed to turn things around.

What Okuma seemed to have done was to really listen to their customer base and improve their products accordingly.

These improvements meant investing a lot of money in their already established production, and Okuma had to take a leap of faith, hoping that the upgrades would increase sales over time.

And, as so often when a company starts to listen to its customers, they did! Okuma managed to increase their global revenue from an annual $800.000 to an impressive $10.000.000.

More sales meant a better image and more satisfied customers and the fact that most anglers now associate Okuma Fishing with a solid reel brand.

Today, the reel brand Okuma stands for top-quality fishing gear at a very reasonable price, which especially beginners and anglers with a lower budget appreciate.

RELATED ARTICLE: What Are the Best Reel Brands Out There?

What Are the Best Okuma Reels on the Market?

The Ceymar is undoubtedly one of Okuma’s most popular reel models. It’s a compact and well-designed spinning reel perfect for both smaller gamefish such as crappie, bluegill, bass, or walleye (reel sizes 10 to 40) and larger predators such as pike, trout, and salmon (reel sizes 55 to 65).

This is an extremely lightweight fishing reel made of aluminum that casts both mono and braid super well. It’s also a solid choice for lighter jigging through the ice.

I think the Ceymar’s biggest advantage is its price range, as you can get the smaller reel models (up to 40) for under $50, which is incredible, given the reel’s very decent quality.

You can check out the popular Okuma Ceymar on Amazon here

Okuma did a fantastic job with the Citrix Baitcaster! It’s definitely one of their higher-end reels, but it’s still a relatively cheap baitcaster compared to other reels of similar quality!

This reel is all about power and strength, and no matter how heavy your lure might be, the Citrix will cast it out effortlessly!

And thanks to its eight stainless steel ball bearings, it’s ultra-smooth, which makes retrieving so much more comfortable.

Additionally, this feature will give you better control over your lure presentation, which will undoubtedly improve your catch rate.

Big game saltwater fishing reels are another thing Okuma has become famous for. And if you’re fishing with the Cedros, you’ll quickly understand why.

This saltwater spinning reel is pure strength, and it will handle any wild sea-run gamefish with no problem at all! Three available sizes (8000, 10000, and 14000) will make sure of that.

It’s pretty lightweight for a salty, but at the same time, extremely sturdy and durable.

The Cedros has also got a dual-force drag system with over 44lb of pure drag. This will tire any ocean giant and safely bring it to your boat!

All in all, the perfect reel for your sea fishing adventures!

What Does Okuma Mean?

The Taiwanese word “Okuma” means large bear. Some of the bear’s main traits include patience, strength, and resilience, and these were traits the company founders deemed necessary to have after they’d assessed the global fishing tackle market.

The guys at Okuma wanted and needed to revolutionize the fishing reel market with totally new and different types of products.

They quickly realized that this would take both a lot of time and tremendous effort. And so they chose Okuma (the bear) as their company name.

Given the company’s long and challenging journey, I think that it is a very apt name indeed!