Where Are Pflueger Reels Made? (In the US or China?) 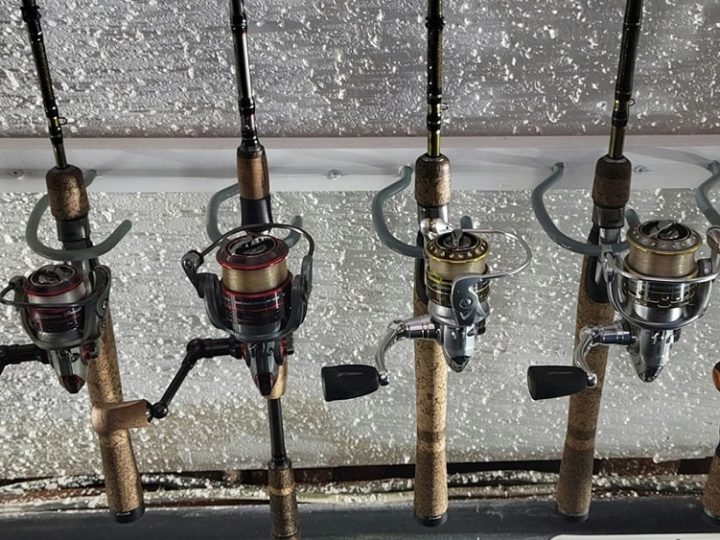 Pflueger is one of North America’s top brands when it comes to fishing reels. Millions of anglers use these reels on both open and hard water. Pflueger was founded in the US, but are their reels still made in America?

Despite Pflueger being an American company, all their reel models are today made in China. Given the company’s grand success and millions of satisfied anglers using Pflueger reels, this move did not seem to result in lower product quality.

Read on and find out everything there is to know about the popular Pflueger reels, including when the first-ever Pfleuger reel was produced, what some of their best reel models are, and which company now owns Pflueger.

PRO TIP: If you want to take a closer look at some of Pflueger’s very best fishing reels, you can find them on Amazon here.

Are Pflueger Fishing Reels Made in the US?

Pflueger reels used to be made in the US, but with rising production costs at home, and with the emergence of globalization, in the 90s, the company decided it was time to move its manufacturing overseas to China.

Pflueger is an all-American company that goes back more than 100 years and has, to this day, enjoyed immense success and a superb reputation among North American anglers.

Moving production to China has hence not damaged the company’s image or its product quality.

That’s what many people think when they hear that products are being manufactured in lower-cost countries such as China, Korea, or Taiwan.

And while that can be the case, companies that take good care of their outsourced production and ensure that there are still sufficient economic resources available usually succeed in upholding the same level of product quality.

That can definitely be said about Pflueger fishing reels!

And not only that, but the winning combination of overseas production and a continuous focus on innovation, quality, and attention to detail has helped make Pflueger become one of the world’s leading fishing tackle manufacturers!

RELATED ARTICLE: Which Reel Brand Is Better: Shimano or Pflueger?

Pflueger is considered one of the best fishing reel brands out there, and no matter who you ask, pretty much everyone will tell you that they love their Pflueger reels.

Ask ten anglers who fish with Pflueger reels about the quality of their gear. I can practically guarantee you that 9 out of 10 will agree with the statement mentioned above!

No matter if you check online forums, Facebook groups, Amazon customer reviews, or if you ask anglers out on the water, most of them swear by their Pflueger reels.

Of course, there are also people who dislike them, but the vast majority of anglers are delighted with their Pflueger gear.

In fact, I did an online survey in a big walleye fishing FB group to prove this fact. I asked the members to star-rate their Pflueger reels from 1 star (really bad) to 5 stars (really good). Here is the result:

An unbelievable 95% gave their Pflueger reels either a 5 or 4-star rating. That speaks for itself, doesn’t it!

I mean, you can get a superb spinning reel for less than $60! And if you take good care of it, it can last you for many years. That’s a pretty great deal, in my opinion.

Let us now take a look at some of Pflueger’s very best reel models.

RELATED ARTICLE: Check out this in-depth article on the 8 best Fishing Reel Brands Out There!

What Are the Best Pflueger Fishing Reels on the Market?

Pflueger’s President series is, by far, their best and most popular reel model, and many anglers in the US and Canada will have a President or two in their gear arsenal.

The SP series is their most commonly sold spinning reel and the perfect fit for jigging and lighter spinning.

The SP20 is a highly popular reel size for ice anglers targeting crappie, bluegill, and walleye.

It’s a very lightweight reel with a super smooth drag system that’s the perfect fit for a light to medium-light jigging rod. You can check out the Pflueger President’s features and latest price on Amazon here.

With its ten ball bearings, it’s an ultra-smooth reel that will give you a lot of feel and control over your lure, ensuring the perfect presentation and hence a fantastic fishing experience.

Both the sizes 30 and 40 are somewhat bigger than other reel models, and the XT has an immense strength to it, which means that you’ll be able to handle big pike, and even the occasional musky with this reel!

And for a reel with this much power and quality, it’s very decently priced as well. Take a closer look at the incredible Pflueger President XT on Amazon here.

The President XT series also includes a low-profile baitcaster, which is the thirst reel I’d like to mention in this article.

This solid baitcasting reel sells at an unbelievably low price, making it an excellent pick for beginners or anglers with a limited budget.

It casts braided line like a dream, and if you fish with this baitcaster, no bass, walleye, pike, or musky will be able to resist!

You have such great control over your lure action, which I highly appreciate when fishing with a baitcasting reel.

This holds true even more when it comes to the President XT, as it has a total of 9 ball bearings and a highly sensitive, fine-tuned magnetic drag system.

It’s a top-quality baitcaster that’s super easy to fish with and that sells at a very reasonable price. Check it out for yourself and read up on the President XT Baitcaster’s features on Amazon here.

When Was Pflueger Founded?

In 1881, Ernest F. Pflueger started a small fishing hook manufacturing business called the Enterprise Manufacturing Company. This was the beginning of the Pflueger saga.

In 1883, Pflueger patented the use of phosphoric paint on fishing lures, which resulted in a big boom for Pflueger lures over the following years.

Around the turn of the century, Pflueger’s son Ernest A. Pflueger took over the business and quickly transformed it from a hook and lure company to an all-out fishing tackle manufacturing business.

He also changed the company name to E.A. Pflueger Company.

in 1902, he patented two baitcaster reel models, and a few years later, the first-ever Pflueger reel was introduced to the American angling market.

When Was the First Pflueger Reel Made?

The first-ever Pflueger fishing reel was the Pflueger Supreme Baitcaster. This reel was introduced in 1916 and marked the beginning of the company’s now 100+ year-long success story.

This early baitcaster model was produced in Pflueger’s original tackle factory in Akron, Ohio, and took the American market by storm almost immediately.

Many more baitcasting reel models followed after that first successful launch, as baitcasters were the most common type of fishing reel used during that time.

It was first in 1954 that Pflueger produced their first Supreme spinning reel series.

Today, Pflueger produces a wide variety of fishing reels and rods, including:

In 2004, Pflueger agreed to be acquired by US fishing tackle giant Pure Fishing, which has since been the owner of the Pflueger Fishing brand.

Where Are Okuma Reels Made? (Interesting Gear Facts)
← Previous
Who Makes Nitro Boats? (And Where Are They Made?)
Next →