Where are Shimano Reels Made? (Not Where You Think!) 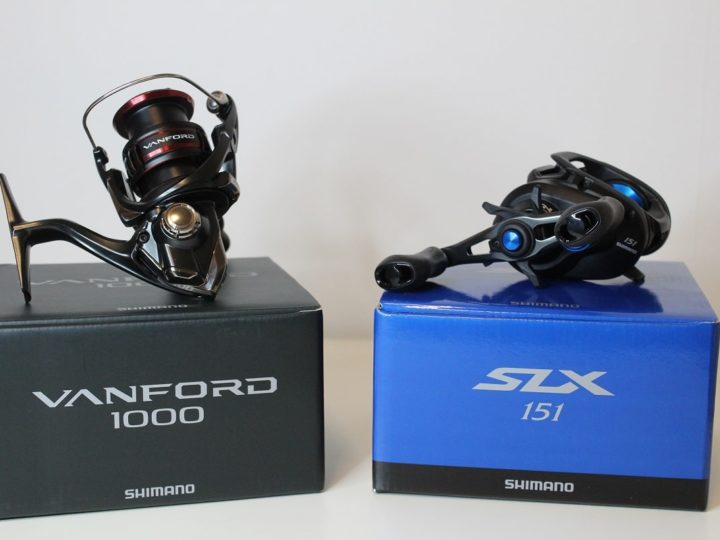 Millions of anglers worldwide use Shimano fishing reels, but not many seem to know where these reels are made or in what country Shimano is located. So I did some research and wrote up this article.

Contrary to common belief, Shimano reels are not made in the USA but in Japan. Here, at the company’s headquarters in the city of Sakai, all of Shimano’s high-end, premium reels are manufactured and shipped out to the world.

Keep reading if you want to learn more about the successful company that is Shimano and find out more about some of their very best fishing reels.

PRO TIP: If you want to check out some of the best Shimano fishing reels, you can find them on Amazon here.

Where Are Shimano Reels Manufactured?

Virtually all of Shimano’s premium fishing reels, including the Aero and Stella series, as well as most of their baitrunners, are made in Japan. Their second-tier reels are instead produced in other countries.

A surprising number of anglers think that Shimano reels are made in the US. I believed that myself until I found out that Shimano was founded in Japan.

In 1921, a young man named Shozaburo Shimano established a small company called Shimano Iron Works in the Japanese city of Sakai, where the company’s headquarters have remained to this day.

After transforming the business into one of the world’s largest cycling component manufacturers, Shimano Inc. launched a fishing tackle division in 1971 that was meant to become the company’s second central business pillar.

And boy, did that work out well!

Their first spinning reel series, the 1971 DUX, was an instant success in Japan, Europe, and the US. After that, Shimano had a pretty easy time establishing itself as one of the world’s leading fishing reel manufacturers.

To most anglers, the reel brand Shimano equals very high quality, great design, impressive durability, and affordable prices, something very few other companies have accomplished when it comes to fishing gear!

And that holds true both for their high-end made in japan reel models and their lower-end reels produced in other countries.

RELATED ARTICLE: What Are the Best Fishing Reel Brands?

What Other Countries Make Shimano Reels?

Most lower-priced Shimano reels, costing up to $200 or so, are made in either Malaysia, China, or Singapore.

Malaysia seems to be the country in which most Shimano reels are produced. Some of the most popular reel models that are made here include the following:

Countries like Malaysia often have a bad reputation when it comes to manufacturing and product quality.

However, as an angler who’s fished with plenty of Shimano reel models, I can tell you that the high production quality and product care has spread from Japan and into those countries and manufacturing factories as well!

Of course, that is merely my personal opinion and experience. But I think many anglers out there would agree with a statement such as this!

I have, to this day, not owned a Shimano reel that has failed me, and most of the reels I have in my Arsenal are between 5 and 10 years old, which is quite an impressive age for such gear if you ask me.

So, regardless of where your Shimano reel has been made, the quality is usually there. And if you take good care of it, it can virtually last you forever!

This is a tricky question because pretty much all of Shimano’s fishing reels are awesome pieces of equipment!

And I’m not the kind of guy who goes ahead and lists the priciest reel models out there.

Instead, I took factors like affordability, popularity, quality, and durability under consideration when writing this up.

And hence, I landed on the following three reels:

Without a doubt, one of the best spinning reels out there! Incredibly lightweight, smooth, and handy reel with a superb design and unbelievable strength.

The Vanford fits everything from perch to crappie, walleye, zander, and northern pike.

It just runs like butter, and reeling in a big fish with this beauty is an indescribable experience, every time!

The Shimano SLX series is the perfect baitcaster for both bass, walleye, zander, and even smaller pike.

I know tons of North American bass anglers who all swear by this reel, and once you’ve tried it for yourself, you’ll never want to go back!

The SLX casts amazingly, is exceptionally smooth, and easy to handle and control, which is especially important if you’re new to baitcasters.

Check out the Shimano SLX series on Amazon here

If you’re, like me, also into carp fishing, targeting these fish with a solid Shimano baitrunner is the ticket to success!

Baitrunners, or baitfeeders, are highly robust reels that can take a beating from any wild carp that happens to pick up your bottom bait.

Baitrunners can also be an excellent pick for trolling, dead baiting for pike, or bottom fishing for catfish or smaller buffalos.

No matter how hard the behemoth on the other end of that line fights you, a Shimano ST 4000 or 6000 FB will bring it in nicely!

You can find this incredible Shimano baitrunner reel on Amazon here

In What Countries Can You Buy Shimano Reels?

The Shimano empire has spread to all corners of the world, and today, you can find and buy Shimano fishing reels in many countries all over the globe.

They can be bought via the Amazon stores or retailers in the following countries:

PRO TIP: Check out the visual summary of this article in the related Google Web Story!

In most of these countries, Shimano reels will be the first choice of many freshwater and saltwater anglers, and virtually millions and millions of them frequently use Shimano reels and catch their fish with them.

If you’re into fishing, you should definitely get yourself some Shimano gear, as they also manufacture rods, lines, lures, and apparel.

I can guarantee you that you’ll love it!

Musky Fishing in Clear Water (Best Lures and Colors)
← Previous
Where Are Abu Garcia Reels Made? (Still in Sweden?)
Next →