Where Are Walleye Found? (Distribution and Habitat Facts) 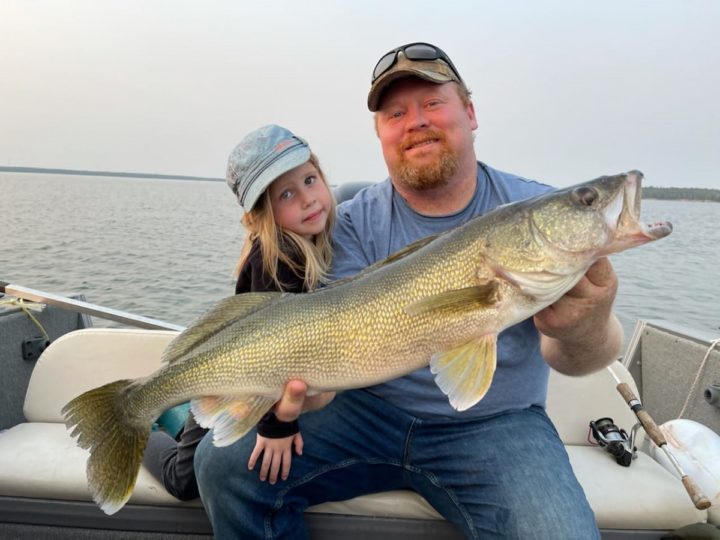 The walleye is one of North America’s most common and popular game fish. I wanted to find out more about this awesome freshwater predator’s distribution, so I did some thorough research and decided to write this informational article.

Walleye are native to North America and can be found from the Arctic down to the Mississippi river basin. They inhabit waters across the mid-eastern and central parts of the US and Canada. They have also been introduced to some of the western and northwestern regions of the US.

Keep reading this article to learn more about the walleye’s distribution and preferred habitat and get tips on some of the best walleye lakes in the US and Canada!

Where Are Walleye Native to?

The predatory freshwater species walleye is native only to the North American continent. Its natural range stretches from the southern regions of the Arctic, through Canada, and down to Alabama, Arkansas, and the lower Mississippi River basin in the Southern States.

Within this region, it inhabits both rivers, lakes, and reservoirs. It thrives best in waters of shallow to medium depth and moderate turbidity.

As this fish has existed for thousands and thousands of years and has, over time, expanded its living space, it is, however, impossible to pinpoint its exact native range.

Research has suggested that its most likely origin is the Great Lakes region, from which it then expanded due to the glacial events that took place near the end of the last ice age.

With the ice retreating, the walleye were able to make their way northward, through Canada, toward the southern regions of the Arctic, and southward, through the entire central and mid-eastern part of the United States.

DID YOU KNOW: The Great Lakes were once home to a walleye subspecies called the blue walleye. Biologists first discovered this unique color morph in 1926. Unfortunately, by 1983, this exciting subspecies was declared extinct.

Sparse historical data, early stockings, and early human disturbances are other factors that make identifying the native range of the walleye a fairly tricky task, especially when it comes to its southern limits, as humans have densely populated these regions.

Regardless, the above-described range is a pretty accurate estimate that most anglers, researchers, and fishery managers agree upon.

The fact that there aren’t any native walleye populations in the southern- and westernmost regions of North America can be explained by their temperature tolerance, which is somewhat lower than that of other species.

The optimal water temperature for walleye lies somewhere between 65 and 70F.

However, the fish’s critical temperature tolerance is set at 77F, making the warmer climate of the south (like Texas) and that of the west (like California) highly unsuitable for walleye.

RELATED ARTICLE: When Do Walleye Spawn in Different States?

Where Have Walleye Been Introduced?

Walleye have been successfully introduced to a variety of lakes and rivers in the western and northwestern parts of the US and Canada, expanding their range to most areas of the North American continent.

Walleye have also been introduced to many of the Pacific Ocean drainages in the west. However, as they do not tolerate saltwater, they stick to the freshwater parts of these habitats.

In most of these waters, the stocked walleye populations have thrived and are now considered abundant and sustainable food and game fish.

This is primarily thanks to large-scale, strategic stocking programs that various Departments of Natural Resources plan and follow through every year.

The best example is probably the state of North Dakota and its Garrison Dam, which is the nation’s biggest walleye hatchery.

In 2020, Garrison Dam produced an astonishing 12 million juvenile walleye, which were stocked in a record 180 lakes across North Dakota.

This symbiosis of hatchery and stocked lake and river systems has produced a fairly sustainable walleye population that many people benefit from.

RELATED ARTICLE: Read this article and get valuable tips on how to fish for walleye in muddy water conditions

Where Are Walleye in the Water Column?

During the daytime, walleye tend to hang out around structures. Gravel bottoms, zebra mussels, weed beds, and submerged timber are some of the features that walleye prefer for hiding from and ambushing their prey.

Find those underwater structures, and you’ll often find the fish!

There are lakes where walleye will cruise flat basins in search of small perch or shad. These areas are often very productive during low-light conditions and at night, as the fish are more confident in the dark water and can move about more freely.

During the walleye’s spawning season, which, in most waters, takes place during the end of March and the beginning of April, the larger females will migrate to rocky, shallow areas that are only a few feet deep to lay their eggs.

The smaller males will move in and fertilize the eggs shortly after. This process will only last about 10-14 days before they head back out to the main lake to feed.

PRO TIP: If you’re after fat spring walleye, targeting the big females in their spawning areas is the way to do it! But remember, the window of opportunity is tiny. Oh, and make sure to safely return those big mammas, as they carry the next generation of walleye in their stomachs!

If you’d ask me about the ideal lake for trophy walleye, it would have to be a large, bowl-shaped waterbody that is 20-30 ft deep at its deepest points and has plenty of structures and vegetation in it.

Again, find those features in shallow and deeper water, and you’ll get those bites!

RELATED ARTICLE: Want to catch more walleye in clear water conditions? Then make sure to also read this article!

Where Are the Best Places to Catch Walleye in the US?

There are virtually hundreds of really productive walleye lakes and rivers out there, but, of course, there are a few waters that stick out!

The following lakes and rivers are considered the very best walleye fisheries in the entire country. Every year, they produce both many and massive fish that can undoubtedly be called true trophy walleye.

Best US Walleye Lakes and Rivers:

RELATED ARTICLE: Are There Zander in the US?

What Are the Best Walleye Lakes in Canada?

Like the US, Canada offers superb walleye fishing opportunities and has many great lakes and rivers that contain large and healthy walleye populations.

And some waters are home to truly gigantic fish that are just waiting to be caught.

Here is a list of some of the most popular and best producing walleye rivers and lakes in Canada: