Best Time of Day for Tench Fishing (For All Seasons) 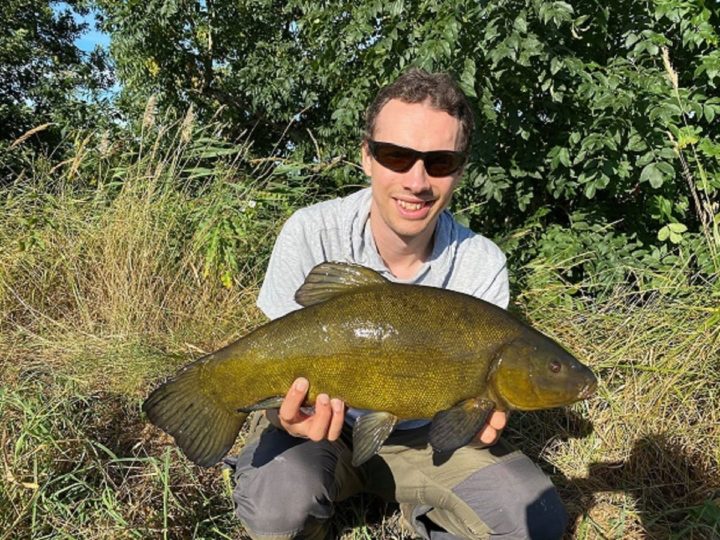 The tench is one of our most popular coarse species and a fish that can be caught throughout the entire year. Depending on the water temperature and light intensity, however, the tench’s feeding period can differ quite a lot.

In summer, the best time to catch tench is between very early morning and early noon. Early to late evenings work best in spring, while later mornings and early afternoons are best in autumn. On mild winter days, tench fishing, while not being easy, yields the best results in the afternoon.

Continue reading this article if you want to improve your fishing and catch more and bigger tench, no matter the season.

Best Time of Day to Fish for Tench in Spring

The more spring progresses, the more the tench are waking up and starting to feed. With the rising water temperature, the tench’s appetite is growing and growing, especially so during the second half of spring when the spawning season is nearing.

If you want to catch a really big specimen tench, spring is the best time for doing so. And when it comes to the time of day, early to late evenings is when you should be sitting behind your rods!

It is during those that the water temperature is at its highest during spring, having been warmed up by the sun all day, and the insects in it are at their busiest. These, in turn, attract the attention of the tench, which need to gather their energy for the upcoming spawning season.

During spring, fishing near underwater vegetation, such as weeds and reeds, can result in a brilliant tench session.

Best Time of Day to Catch Tench in Summer

Tench are a carp species, and as such, they really like warm water. It is during summer that they are most active and will eat enormous amounts of food.

The hours between the very early morning and early noon tend to work best for summer tench. The water is warm, but not too warm, and the light intensity is very low, which the tench now seem to prefer when feeding.

Tench are very compact and muscular fish, which means that they need a lot of nutrition and protein. If you get them going in your swim, you can turn your summer tench session into a real feeding frenzy.

I have had many incredible sessions during summer with plenty of landed fish. It can really get hectic, as they’ll feed intensely, which leads to plenty of bites and the necessity to keep putting out feed.

In summer, you can find tench all over the place; both in very shallow water and further out. Just bait up your swim and wait for those bubbles to appear, most of the time, they’ll come to you!

So set your alarm clock early, get to your venue before first light and chances are good that you will experience a tench session that dreams are made of!

RELATED ARTICLE: Make sure to also read this helpful article on the best weather conditions for tench fishing.

Best Time of Day for Tench Fishing in Autumn

Summer is over, the water temperature is slowly dropping and the tench are beginning to prepare themselves for the upcoming winter.

Just like during summer, they will feed a lot now, but the feeding periods are getting shorter and they are usually taking place in the hours between the later mornings and early afternoons.

It’s like they’re moving ever closer toward the midday period of winter, and away from their nighttime or early morning feeding activity.

Of course, the water still has a higher temperature throughout the night during the early autumn, and so, while they generally avoid the early hours of the day, they really tend to get going the more the morning progresses.

The feeding is usually at its best during those late morning hours, but very often, I have had bites until 1 or 2 p.m. in the early afternoon.

So keep fishing beyond the late morning hours, it’s definitely worth the extra time! And try targeting the deeper areas of your venue, as the tench will move away from the cooling waters near the margins.

RELATED ARTICLE: If you want to further improve your coarse fishing, you can also read this article that discusses the most effective baits for tench.

Best Time of Day to Catch Tench in Winter

And then there is winter. I don’t know many coarse anglers who will target tench this time of year, to be honest. But it is possible to catch winter tench! You just have to be on the bank during that short feeding window that presents itself during the cold season!

That window will very often be open at midday, meaning around lunchtime. Once again, the tench will behave similarly to their bigger cousins, the carp, which also tend to be at their most active around noon in winter.

At best, we are talking a few hours of activity. At worst, only 20 to 30 minutes or so.

Feed only very small amounts and try to find the fish in the deepest areas of your venue, or extremely close to underwater vegetation, as this will radiate some warmth in winter.

RELATED ARTICLE: Nothing better than checking fishing gear online when it’s cold outside! Read this article about the best UK online fishing stores for more inspiration.

Should You Fish for Tench at Night?

While tench aren’t the most active feeders in the dark, it’s never a bad idea to fish for them in the middle of the night. Because they do feed even then and you can actually get a fair amount of bites at times!

Maybe you’ve had a brilliant evening session and want to keep fishing because the tench are still feeding in your swim.

Or, perhaps, you want to fish an early morning session and have arrived early at your venue. Don’t let the darkness prevent you from getting your rods out! Just get fishing, the tench are most likely there and waiting!

RELATED ARTICLE: I’ve actually written an in-depth guide on how to fish for tench at night. Make sure to also read that if you want to get some valuable tips and tricks for nighttime tinca!

Are the suggested times of day universal for all venues in the UK and Europe? No, they are not! It would be an impossibility to exactly state when the tench in your home venue are at their most active.

Nonetheless, the times presented in this article are very reliable and based on a lot of collected data, both by myself and plenty of other anglers.

So it’s always a good idea to start here, and then to experiment with different times, should you not manage to land any tench at all!

I wish you the tightest of lines!

How to Catch Buffalo Fish? (An Expert Guide)
← Previous
What Is the Best Weather for Carp Fishing?
Next →