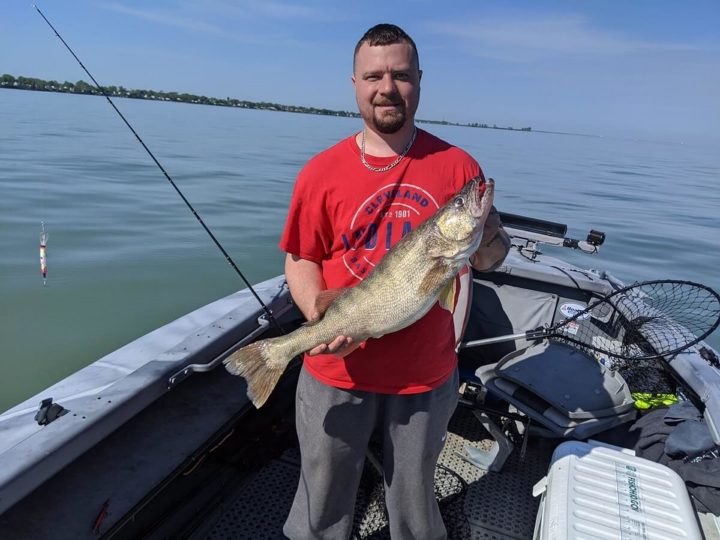 Catch and release (C&R) is a popular and proven way to keep a fish population sustainable. As a bonus, you get the chance to catch record fish more than once and to see them grow over time. That feeling you get when you release them back into the water is truly spectacular!

Here are 5 great benefits of catch and release fishing, for you and the fish.

Every time you release a fish, it gets the chance to continue its life and grow bigger.

Scientific research supports the practice of catch and release and has, through many real-life examples in various fisheries, proven that this method does support fish growth and does not affect fisheries negatively.

If catch and release is applied correctly and the fish is not harmed, it will resume feeding after only a short while. Thus, it can uphold its normal growth rate, even if caught more than once during a certain period of time.

Research also suggests that most fish react well to C&R (catch and release), in terms of stress response and behavioral impairment.

This contradicts the research of the past, which suggested that fish can stop feeding, and thus growing, over a longer period of time after being caught and released.

However, this rather outdated research was based, primarily, on assumption, rather than live testing on actual fish populations.

Whenever you catch and release a fish, especially a female, you ensure that it can keep reproducing.

By doing so, you allow each and every fish to possibly give life to thousands and thousands of new fish, which otherwise would not have existed in the waterbody you are fishing.

So, one fish can theoretically produce 300 to 600 new ones. Hence, taking home your fish can impact the future population of that species.

Let’s say you have a bag limit of 10 fish that you are allowed to take home from your lake during summer. There are 99 other fishermen with you and all of you fish 10 times during the entire summer.

Just for the sake of argument, we assume that each of you fill your limit every time you are fishing. This would then give us the following equation:

Of course, both the number of fishermen, trips taken, and the amount of caught fish will vary from water to water! This is a mere example, to give you perspective.

RELATED ARTICLE: This article covers the topic of bass and catfish and whether or not they can actually coexist in the same waters

3. You Can Catch the Same Fish More than Once

Pike or carp are good examples of re-catches, as larger specimens of these species are often easily recognizable, especially in smaller water bodies. In many lakes all over Europe, big carp have their own names, by which anglers who catch them can recognize them.

As carp are fish that grow into very unique-looking individuals, it is commonly not difficult to tell them apart.

Pike can often have distinctive marks, scars, or fins by which they can be recognized by anglers, and/or on photos.

It is not uncommon that such fish are record catches, and so, an angler who catches one of them and actually recognizes the catch he has netted can become extremely happy and proud, as these fish are old and experienced and perhaps not at all easy to catch.

Another terrific benefit of C&R is that you can actually follow the growth of those record fish, or any other fish in any given water, for that matter.

Certain fish, especially in England, have reached a near-mythical status, due to the fact that they have been caught several times.

Anglers have closely followed each and every appearance that these fish have made and have targeted them for many years.

If caught, such a popular target fish can be a dream come true for a devoted angler.

RELATED ARTICLE: Make sure to also read this in-depth species guide on the mighty northern pike

4. Future Anglers Will Benefit From it

Naturally, if more fish survive then there will be more fish to catch in the future. New generations of anglers will have the opportunity to catch the same amount of fish that you do right now.

In more general terms, C&R is a great example of how we can make our entire world more sustainable, as this method is a form of reusing a resource over and over.

If we take home all of our catches, even in a lake or river that produces a lot of fish each year, chances are high that we set off a chain reaction that slowly reduces fish production over time.

If we instead have a more long-term perspective on things, we will realize that, by doing so, there will be way fewer fish in 20, 30, or 50 years from now.

And don’t we want to make sure that our children and grandchildren can enjoy the same level of quality fishing that we do?

Of course, as with everything else, this will be a progressive shift towards more sustainability. Humans cannot change overnight, and they don’t have to!

All we have to do is to start thinking about the environmental impact we have today, so that gradual change can come much more easily to us, already tomorrow.

This last point focuses on the industrial aspect of fishing. Since the 1960s, our oceans have been literally plundered and overfishing has long been a serious issue.

Although recent research has suggested that many large ocean fisheries around the world are slowly recovering, mostly thanks to C&R efforts and sustainable fisheries management, a lot of work remains to be done.

The fishing industry of today is still largely driven by purely economic interests, which far too often ignore matters of sustainability and ecological restoration.

But there are very positive and successful examples, where the practice of C&R has helped improve fish stocks significantly.

The giant bluefin tuna fisheries off the coast of Maine show how things can be done differently. The popular TV show Wicked Tuna on National Geographic brings up that topic quite frequently, as well.

Here, the tradition of hook and line fishing for bluefin tuna has been around since 1870 and for now 20 years, local commercial fishermen have been practicing C&R, by releasing all caught tuna under 73 inches.

This method has led to an actual increase in bluefin tuna stocks in that part of the Atlantic.

RELATED ARTICLE: Check out this article to read up on the current stage of the global bluefin tuna populations

Without C&R, fishing tourism would not exist at all. Here, countless examples prove that a live fish is worth much more money than a dead one.

The saltwater fishing tourism in Brazil especially shows how much positive impact catch and release fishing can have for the industry.

Here, millions of people have been employed thanks to an ever-growing fishing tourism industry, which simultaneously manages to remain highly sustainable.

Modern fishing tourism, if coupled with a catch and release approach, can be truly sustainable and profitable for many years to come and should be adopted by many fisheries all over the world, in both fresh and saltwater.

It’s a green, future-oriented sector that deserves a lot of funding and respect, in my opinion.

RELATED ARTICLE: Read this article and find out whether or not global fish populations are recovering

I hope you have gained new insights and knowledge about the practice of catch and release. It is a really important method that should be implemented much more. And the best thing of all is that each and every one of us can help do exactly that!

However, this article does not point fingers. Of course, consumption-based fishing is also highly necessary, both industrially and individually.

After all, we all like to buy cod, salmon, or tuna steaks, don’t we? And we also like to bring home our caught walleye, pike, or trout to fry, grill, or bake. And that’s totally okay!

The point is not to change our behavior and consumption patterns drastically or immediately. Change takes time, but it also needs awareness to start its progress. If more people simply become more aware of catch and release, that would be an awesome start!

Maybe just try to release one or two out of every ten fish you catch, and then see how that makes you feel. I can assure you that it feels good because you know that you are doing something good for your lake or river.

You give something back to Mother Nature. In the long run, we can, and hopefully will, all benefit from such a change of mind and behavior.

How Can You Tell If a Tench Is Male or Female?
← Previous
Are Global Fish Stocks Recovering?
Next →
Click here to cancel reply.