How to Use Float Stops (And How to Reuse Them) 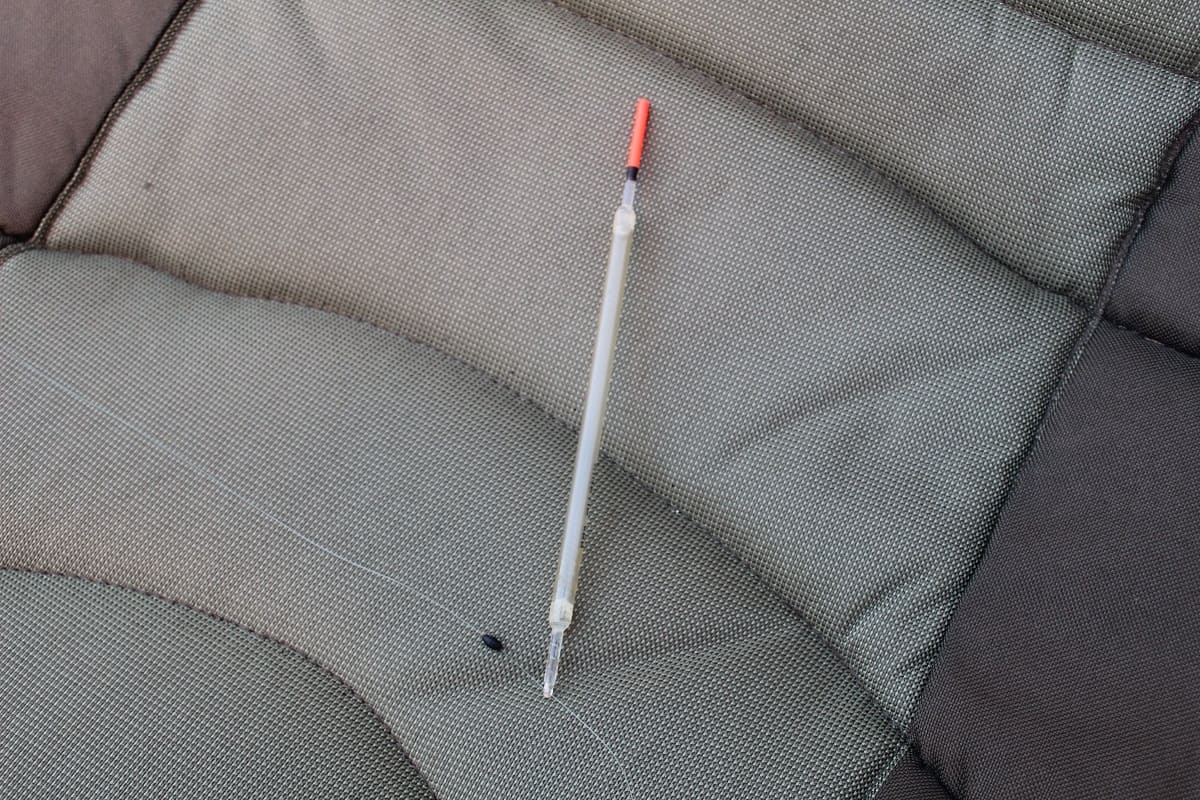 If you are fishing with sliding floats, you will need to use float stops in order to be able to set the depth you want to present your bait at. No matter if you are float fishing for pike, zander, tench, crucian, or roach, using qualitative and tight float stops is absolutely essential to your success.

Float stops are small pieces of rubber that you slide onto your fishing line. On the line, they act as a stopper for your sliding float. Without it, the line would simply continue to run through your float, until your end tackle hit the bottom.

Keep reading this article if you want to learn how to use float stops, which float stops are the best to use and how to reuse them.

Pro Tip: If you’d rather just check out the float stops that I use and recommend, you can find them on Amazon here.

How Do You Use Float Stops?

Before we go through all the different ways of using float stops, let’s first take a look at how you actually put a float stop on your mainline. It is a very simple 2-step process that only takes a few seconds:

Step 1: Take the end of your mainline and thread it through the float stops’ little wire loop

Step 2: Grab the first float stop with your thumb and index finger and pull it over the wire loop and onto your line

Floats stops can be used in all kinds of ways and are not only related to floats.

Of course, stopping floats is their primary function, and no matter if you want to set the depth on a small waggler, a conventional sliding float, or a more sophisticated trolling float for predators, a float stop will be an absolute must.

But float or line stops can also be used as buffer beads, or to trap anchor weights and wagglers.

Most commonly, float stops are used for sliding floats that the mainline runs through freely. In order for you to be able to present the bait at the depth you intend to fish, you will need a float stop on your line.

Let’s assume you are slow float trolling with a sliding float for zander and want to fish at a depth of 14 ft. All you would have to do to set that depth is to slide your float stop up your mainline, exactly 14 ft.

You can do so by either using the length of your rod and measuring your line against that, or by simply sliding up the float stop 1 foot at a time (you can a measuring tape for that).

As the small float stop will pass through your rod guides, you can now simply wind in your line, cast out your rig and let the weight sink down those 14 ft, until the float hits the rubber stop.

This way, you’ll always know exactly what depth you are fishing and can quickly and easily adjust the depth if needed.

Pro Tip: Don’t forget to use a stop bead in between your float and float stop, if the stop is too small and runs through the float.

Another common way of using float stops is to trap your waggler for when you are fishing the lift method. You simply slide the two, rather than just one, float stops, together with the waggler float, up or down your mainline in order to set the right depth.

Of course, as this means that you are fishing your float in a fixed manner, there is a limit to how deep you can actually set your depth.

Depending on your rod length and casting skills, that limit is normally reached at around 6-7 ft. A greater depth will be rather difficult to cast out!

This can however be done with a rather long float rod, if you add a little experience, that is.

That’s why many anglers will use 12 or 13ft rods, as such a length makes it possible to both fish in greater depths and cast out farther. You can check out my favourite float rod for fishing the lift method on Amazon here.

Float stops can also be used as highly effective buffer beads for sliding weights on a float trolling rig. They should be sitting just above your swivel, protecting the mainline knot from any damage by the sliding weight.

This is my favorite way of trapping my anchor weight when fishing the lift method for e.g. tench or carp.

Not only does this allow you to quickly and smoothly adjust your hooklength, but it also means no damage whatsoever to your mainline, as the shots are not directly attached to it!

The mainline goes all the way down to your hook, no weak points, no connections!

Related Article: Check out this article if you want to learn how to fish the lift method in the best and most effective way possible.

How Do You Reuse a Float Stop?

Reusing a float stop that is already on your mainline can actually be done fairly easily. Many people are not aware of this neat trick and throw their used float stops together with their used fishing line, even though the stops are still in perfect condition.

They do not cost all that much, but wasting perfectly good tackle is always something that, if possible, should be avoided (the environment will thank you for it!). Here is how you can reuse your float stops in a quick and easy way:

Insider tip: This will only work with lower line diameters up to 0.25mm. Thicker diameters will result in a knot hat is too big for the float stop.

What Are The Best Float Stops for Fishing?

The absolutely most important feature of a good float stop is that it has an absolutely tight grip on your mainline. Under no circumstances do you want to end up with a stop that starts to slide up and down your line when casting out or reeling in.

Only if you move them with your thumb and index finger should they give, but not too easily. That’s when you can be sure that the float stop you are using will hold its position and hence, that you are fishing at the exact same depth that you have set.

I have tried many float stops over the years and trust me, many are simply not doing a great job! They slide, they break or they simply fall off after a short while.

The one float stop I have absolute confidence in is the Guru Super Tight Line Stop. Trust me, the name speaks for itself! In my opinion, there are simply no better and tighter float stops out there!

I’ve been using them for years now. Anything from fishing the lift method for tench, to slow trolling with bigger predator floats for zander and pike.

They have never once let me down, which is why I can safely recommend them to you!

If you want to try out the Guru Super Tight Line Stops, you can find them on Amazon here. (Medium for wagglers and anchor weights or Large for larger sliding floats and sliding weights)

Can You Use a Split Shot Instead of a Float Stop?

You can use split shot as float stops, but they will most certainly underperform as stops, as well as possibly damage your line and rod guides.

Even if you would be using a small enough shot that could actually pass through your tip ring and rod guides, it would bang against them when you cast out your line.

Repeated casting can thus cause serious damage to your rod guides. That is why float stops are usually made of rubber.

Another disadvantage of using a split shot as a float stop is that you cannot easily slide it up or down your line, in order to adjust the depth. Every time you’d wanted to do so, you’d have to open up the shot, adjust the depth, and then reattach it to the line.

Not only is this not practical at all, but it also consumes a lot of valuable time that you could spend fishing instead.

Thirdly, the frequent casting will eventually loosen the shot on your line and more often than not, it’ll drop off during a cast.

So, using a split shot instead of a float stop is definitely not worth it!

How to Fish The Lift Method (A Simple Guide)
← Previous
What Are Snag Ears? (Carp Fishing Tackle Explained)
Next →
Click here to cancel reply.

I use them when Method feeder fishing to stop the feeder sliding up too far. What stops can be used with line diameter below 0.18mm

Hi Peter, thanks for reading my article. I know that the Drennan Float Stops work fairly well for such diameters! They have them in S and M, size would depend on the size/weight of your feeders, I suppose. You can check them out on Amazon here: https://amzn.to/3vlBfm3