What Do Perch Eat? (Favorite Prey and Baits) 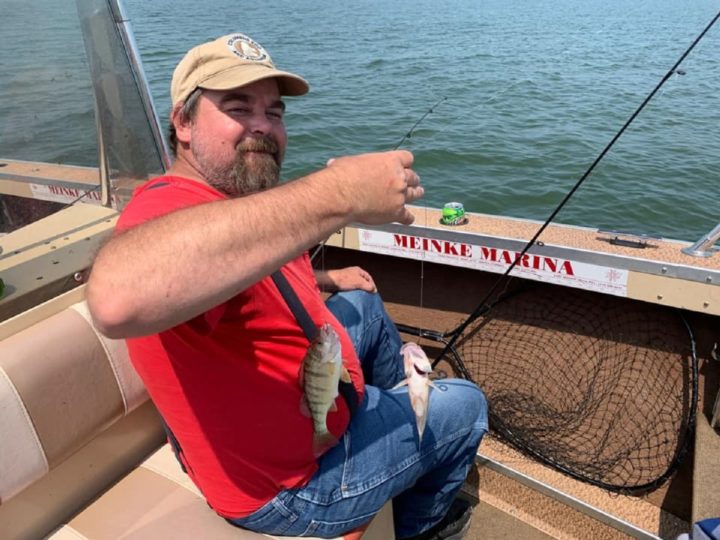 The yellow perch is one of the most abundant fish in North America, as it can be found in many lakes, rivers, and ponds all over the continent. It is a fish species that has managed to adapt to different kinds of habitats and food sources.

A yellow perch’s diet will change depending on its age and size. Juvenile perch will feed on zooplankton, while adult fish feed primarily on aquatic insects, crustaceans, leeches, and smaller fish. Yellow perch are also known to feed on their eggs and young.

Read on to find out more about the yellow perch’s preferred foods, feeding habits, and fishing baits.

What Do Perch Feed on?

The yellow perch is an opportunistic predatory gamefish that feeds on a variety of smaller prey. Its preferred food sources change and are linked to its evolving life cycle.

During its larval stage, yellow perch primarily feed on zooplankton.

Zooplankton is a water-based drifting microorganism that gives the fish the nutrients it needs to grow. Since zooplankton is so abundant in many waters, the adolescent perch are constantly eating and getting bigger.

As the juvenile fish grow bigger, so does their appetite and prey. Soon, they will include smaller crustaceans, such as copepods and water fleas, in their diet.

After their first year, perch will begin to feed on bigger aquatic insects and insect larvae, as well as smaller leeches and water snails. Larger and fast-moving insects and larvae provide the fish with more nutrients and allow it to develop the skill of stalking prey.

This is of great value for the growing perch, as they need to know how to successfully ambush prey once they start to go for larger meals.

Adult yellow perch will feed on fish eggs, mysid shrimp, crayfish, smaller fish, leeches, and other invertebrates that can be found in the perch’s habitat.

RELATED ARTICLE: What Are the Best Reels for Perch Fishing? (For Live Baits and Lures)

What Fish Do Perch Eat?

As the yellow perch is a pretty small predator, it can only eat fish that will fit in its mouth and can be swallowed.

These can include smaller fish species such as:

And while not as common, bigger yellow perch can also feed on the young of the following species:

What Insects Do Perch Feed on?

And even when fully grown, yellow perch will continue to feed on aquatic insects in many water bodies.

They will mainly focus on larger insects, such as dragonflies and mayflies, but won’t pass up the ever-vulnerable mosquito larvae if and when the opportunity presents itself.

Because no matter how small they might be, they are rich in valuable protein.

The high amounts of protein is probably also why perch tend to consume more insects after the winter season. The new season’s juvenile fish are not around yet, and the perch need to raise their energy levels for the upcoming spawning season.

And so, the growing abundance in underwater insect life is more than a welcome food source for them!

Do Perch Eat Other Perch?

Yellow perch are widely known to practice cannibalism. In some waters, young perch can sometimes even be the primary food source of adult perch, at least during certain times of the year.

In one study, researchers found that roughly 25% of the perch fry that had been available in June, right after the perch’s spawning season, had succumbed to cannibalism over the summer.

Interestingly, the frequency of occurrence of cannibalism among yellow perch seems to be linked to the following factors:

And so, based on the availability of food sources, as well as the size of a respective water’s perch population, the annual intensity of perch cannibalism can widely vary.

Put in other words, this means that if there is little to no other food around, perch will become cannibalistic and eat their own to survive and grow, willing to sacrifice a portion of the next generation of perch.

What Natural Predators Do Perch Have?

Yellow perch of all sizes are a common food source to many piscivorous species of fish and birds. Additionally, opportunistic bottom feeders, such as carp or catfish, often gorge on yellow perch eggs.

Predatory fish that feed on yellow perch include:

Some of the bird species that eat yellow perch include the following:

And then, of course, there are us anglers! As yellow perch is a highly popular game and food fish, it is a sought-after target species for many anglers on both open and hard water.

While a highly active and migratory predator, perch can undoubtedly be considered bottom feeders.

They often keep close to the lake bottom or river bed when hunting and feeding, especially during the colder months of the year.

Schools of perch actively seek out underwater structures and bottom features for both cover and ambush points, which is why anglers usually fish for them close to or on the bottom as well.

It is only during the warmer period of the year, when the water is stained, and there is a lot of vegetation, that the perch will hunt higher up in the water column.

What Fishing Baits Do Perch Prefer?

There are plenty of baits and methods that you can use to catch yellow perch. Both live baits and artificial lures are excellent choices when it comes to this predator.

When fishing with live baits, using a simple paternoster rig, running rig, or a slip bobber rig will do the trick any day of the week!

The most commonly used live baits for perch include:

The variety of lures is even greater, as yellow perch will go for most lures and artificial baits, as long as they are the right size (small to medium).

No matter if you’re spinning, drop shotting, jigging, or trolling for perch, the following lures should catch you a bunch of them:

It is the abundance of tactics used to catch these fish that makes them so popular!

Are Salmon Freshwater Fish? (Interesting Fish Facts)
← Previous
What Are Landlocked Salmon?
Next →