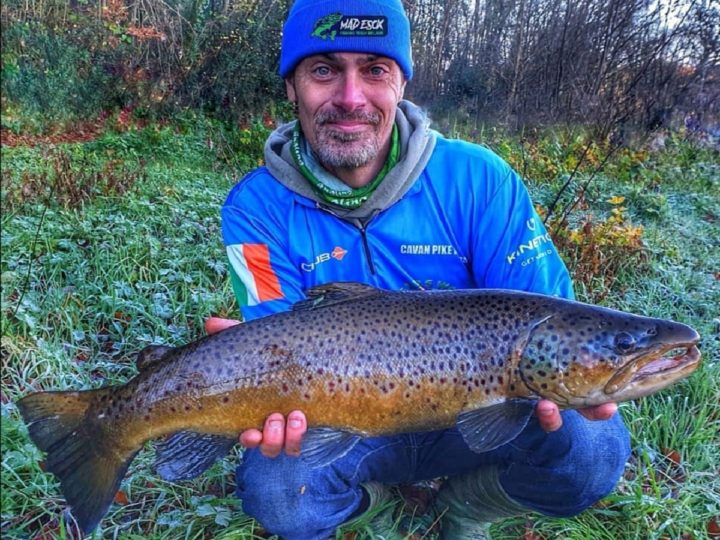 Brown trout are found all over the world, and as they are a very priced game fish, many anglers wonder about the time of their spawning.

I wanted to find out more and decided to write an article about this exciting topic.

Most brown trout populations will spawn between September and December, as their eggs and juveniles need plenty of cold, oxygenated water to survive. Their optimal spawning temperature is between 43 and 53F (5 and 12C).

Read on and learn more about the brown trout’s spawning behavior, and find out if they can spawn in lakes or salty water.

What Time of Year Do Brown Trout Spawn?

Unlike many other fish species, brown trout (Salmo trutta) spawn during the year’s cold months.

More specifically, this trout species typically spawns between the months of September and December, although during years with milder winters, they have been observed to spawn as late as January.

This makes the brown trout a “co-spawner” of both the brook trout and the Atlantic salmon, with whom it shares many spawning habitats.

You may wonder why some trout species spawn in such cold conditions when almost all other freshwater fish species spawn during spring or early summer.

That’s because brown trout eggs and juveniles need plenty of dissolved oxygen in the water to survive. And the colder the water is, the more oxygen it holds.

Additionally, the eggs’ mortality will increase drastically if the water temperature is below or above a certain level, which makes spawning in the fall and early winter the logical choice.

Let’s take a closer look at the optimal temperature range for the brown trout spawn.

Did You Know: Browns will spawn between April and August in Australia and between May and September in New Zealand!

At What Water Temperature Do Brown Trout Spawn?

A study has shown that the brown’s eggs have the highest survival rate at an incubation temperature of around 44 to 46F (7 to 8C).

On the contrary, the study concluded that an incubation temperature of less than 39F (4C) had an increased mortality rate of 25 to 30%.

Warmer incubation temperatures above 54F (13C) resulted in a mortality rate of nearly 100%.

The same study also showed that the brown trout’s eggs’ incubation period is much longer in colder water temperatures and that juveniles are often smaller when hatching from eggs incubated outside the optimal water temperature range of 44 to 52F (7 to 11C).

All of the above findings prove that the brown trout and its eggs and juveniles are susceptible to factors such as water temperature and oxygen levels.

Where Do Brown Trout Spawn?

Like all salmonids, browns prefer river gravel for their spawning.

All types of brown trout, be it river, lake, or sea-run, will try to get to suitable spawning grounds in rivers or tributaries.

These spawning grounds are most often shallower areas of a river or stream with lots of gravel and a strong current.

Come September or October, you can often see the females build their nests, or redds, in the clear shallows.

This type of spawning ground is chosen strategically, as the eggs will receive plenty of oxygen while being safely attached to the gravel on the bottom.

Can Brown Trout Spawn in Lakes?

This is a commonly asked question, as there are plenty of brown trout in lakes without in or outlets.

Like all other fish, brown trout have to spawn once a year and even do so in still waters, such as lakes or ponds.

Of course, they will migrate up a tributary if there is one. But even if that is not the case, the fish will nonetheless spawn in their resident still water environment.

However, the success rate of such spawns is generally very low, as such water bodies often have higher temperatures and lower oxygen levels during the fall and early winter.

There is also a sea-run, or anadromous form of the brown trout, which is aptly called the sea trout (Salmo trutta morpha trutta) and many people also wonder about this trout type’s spawning habitat.

I got very interested in this particular subject myself, as we have a lot of sea-run brown trout along our coasts here in Sweden.

And while most of them migrate up the tributaries of the Baltic Sea and the Atlantic ocean and spawn in freshwater, some populations do manage to spawn in brackish (mixed salt and freshwater) environments.

Such spawning activity has, however, only been observed in or outside of river mouths that can provide the right type of spawning ground, meaning shallow water and gravel bottoms.

And as such habitats are relatively rare around river mouths and in salty environments, these half freshwater/half saltwater spawning populations of brown trout can be considered pretty rare.

In fact, I know of no such stocks here in Sweden, and thus far, the only ones that have been observed were found in Norway.

How Many Eggs Do Brown Trout Lay?

A healthy female brown trout can produce around 900 eggs per pound of body weight.

This adds up to the following amount of eggs for different weights of a female brown trout:

Can You Catch Brown Trout During the Spawn?

While you can catch brown trout all year round, fishing for them during the spawn depends on where you live and your ethics.

Although, many US states tend to have a strict catch-and-release season during that time of year.

And rightly so if you ask me! Some brown trout stocks in the US and Canada are not in the best shape and must be protected, especially since browns are generally caught more easily during spawning.

Handling them the right way and releasing them swiftly definitely helps and is an excellent way to keep a fishery intact and healthy. But where it makes sense, try to target other species and let the browns spawn in peace.

Future trophy fish and anglers will thank you!

Do Brown Trout Spawn More Than Once a Year?

Like most other trout and salmon species, browns only spawn once a year.

Unlike most of their distant salmon relatives, they do not die after spawning, which means that they can spawn for several years once they have reached maturity (at age 3 or 4).

However, due to the often long-distance migration against the hard current, spawning several times a year seems impossible for the brown trout.

How Big Do Brown Trout Get? (With Average and Maximum Sizes)
← Previous
When Do Brook Trout Spawn? (Times, Temperatures, Locations)
Next →