As the North Sea is a part of the Atlantic, I have always been wondering if it holds giant bluefin tuna. I know that there used to be tuna in European waters, so I went ahead and contacted an international scientist and angler team that did some research on the matter.

There is a population of bluefin tuna that has returned to the North Sea off the coasts of Sweden, Denmark and Norway. Recent research also shows that their numbers are growing each and every year, which is very positive news for the Northeast Atlantic bluefin tuna stocks.

Research on Bluefin Tuna in the North Sea

The Atlantic bluefin tuna has been absent in the North Sea for more than 50 years? Now, it has made an awesome return, and it might just be staying for good!

The discovery of the bluefin tuna’s return to the North Sea was made by an amazing team of Scandinavian scientists and anglers. Back in 2017, they started a research project in order to be able to collect more data on this amazing fish that came back to these waters only recently.

In the fall of 2019, they continued the research project and were able to catch, tag and release over 30 specimen, compared to 18 giant bluefin tuna in 2017.

All of the fish were caught in the Skagerrak, the strait of the North Sea that runs between Norway, Sweden and Denmark. More than 80 angling crews provided their experience, boats and collaborated with the Danish and Swedish scientific institutions DTU Aqua and SLU Aqua.

I got in contact with Markus Lundgren, the project’s leader from the Swedish national anglers association Sportfiskarna. Markus was kind enough to provide us with both interesting answers to a few interview questions and some amazing footage from the actual project.

How does it make you feel to see these amazing creatures back in European waters after more than 50 years?

“Personally, as a fisheries biologist but also a sea angler by heart, I’ve fantasized about seeing this large predator for decades. To see them hunt in my home waters on the Swedish west coast was amazing, but to be able to tag them was something extraordinary. In a larger perspective, we see that despite decades of overfishing, we can still change the mindset of the decision makers to protect threatened fish stocks. The bluefin tuna is a good example of that.”

It must indeed be an extraordinary feeling to see these majestic fish in waters that have been empty of them for such a long period of time. The happiness the scientists and anglers felt was further aided by the seemingly increasing numbers of bluefin tuna in the studied area.

The world has seen many animal species that keep decreasing. So, to be an eyewitness to such an amazing turnaround case can only be called an extremely marvelous experience!

The crew around the project was tagging the Atlantic bluefin tuna in order to find out where they are coming from and where they are going. Two different kinds of tags were used. The first one was an acoustic transmitter that actively transmits signals to an underwater hydrophone, the other tag was logging different data over time.

These tags automatically release themselves from the fish after a certain amount of time, generally one year, and send the collected data directly via satellite to a database. Shedding light on the migratory patterns of this vulnerable species can help setting up sustainable management goals and practices.

“During the first tagging project in September 2017, we really had no idea what to expect. We were quite nervous, but anticipatory. Would there be any tunas in the waters? Would they take our baits? Could we successfully tag them? The answer was yes, yes and yes!”

Related: If you are interested in global fish stocks in general, make sure to also check out this article I wrote: Are Global Fish Stocks Recovering?

In short, not anymore! During the past decade, the Northeast Atlantic bluefin tuna stocks have actually started to recover.

Due to heavy overfishing on both tuna and their prey since the 1960s, the species has long been categorized as being endangered.

Much like its relative the Pacific bluefin tuna, the Atlantic bluefin tuna is a very popular and highly prized food fish. There is a high demand for bluefin tuna meat all over the world, especially among sushi lovers.

But, as this and other research projects have shown, there is a lot of positive development going on! The stocks are recovering, mostly thanks to the admirable work of various scientists and anglers, who have helped to map the stock and to put large scale measures of fisheries management into place.

As a result, more and more bluefin tuna are sighted in both the North Sea, in the Mediterranean and in British waters. So much so, that there now is talks about reintroducing Big Game fishing for tuna in these waters. That’s simply amazing! I will definitely take the opportunity and book a guide in order to be able to fish for these giants in the future.

Can you already draw conclusions from the data that you’ve collected? What’s the state of the Tuna in the Northeast Atlantic?

“We need the tagging program to continue over time to collect more data, but the overall scientific assessment is that the stock has had a good recovery during the last decade or so. Thanks to our project in Skagerrak we can look at individual migration routes, but also identify if the fish belong to the stock spawning in the Mediterranean or in the Gulf of Mexico. This could help to improve the management of the species.”

Related: If you want to read up on the overall status of the global bluefin tuna populations, make sure to also read this article: Are Bluefin Tuna Endangered?

What Is the Atlantic Bluefin Tuna World Record?

The biggest Atlantic bluefin tuna ever caught was a colossus of unbelievable 1,496 pound! This, roughly 13 feet long behemoth, was caught by Canadian Ken Fraser off the coast of Nova Scotia, which is a region in Eastern Canada, just north of Maine.

This fish was caught with a rod and hook and must have given Mr. Fraser a long and incredible fight. Believe me, I am a passionate angler myself, not only hooking, but also catching such a mythical creature is an almost impossible thing to do!

To this day, the waters off Nova Scotia still produce the world’s largest bluefin tuna. And it is thanks to Markus Lundgren and other anglers, as well as numerous scientists, studying the oceans of our world and their fish stocks and making them more sustainable, that fish like these can once again become common and numerous in the Atlantic ocean!

What would be your ultimate future vision or goal for the Northeast Atlantic bluefin tuna?

“Ernest Hemingway called the bluefin tuna “the king of all fish” for its strength and speed. In the future, with the return of strong stocks in our waters, I see a sustainable use of the resource for the angling community. But let’s start with a long-term sustainable management of the bluefin tuna and its food resources in the Atlantic.”

7 thoughts on “Are There Bluefin Tuna in The North Sea?”

link to What Is the Best Leader for Ice Fishing Pike?

In order to be able to safely land your ice pike, you either need a strong fluorocarbon leader of about 50-60lb or a titanium wire leader of about 25-30lb. Both leaders have good abrasion resistance...

The best tactic is either to fish smaller single baits on or just off the bottom, or a zig bait higher up in the water. You should also be fishing during daytime and seek out either the deepest parts... 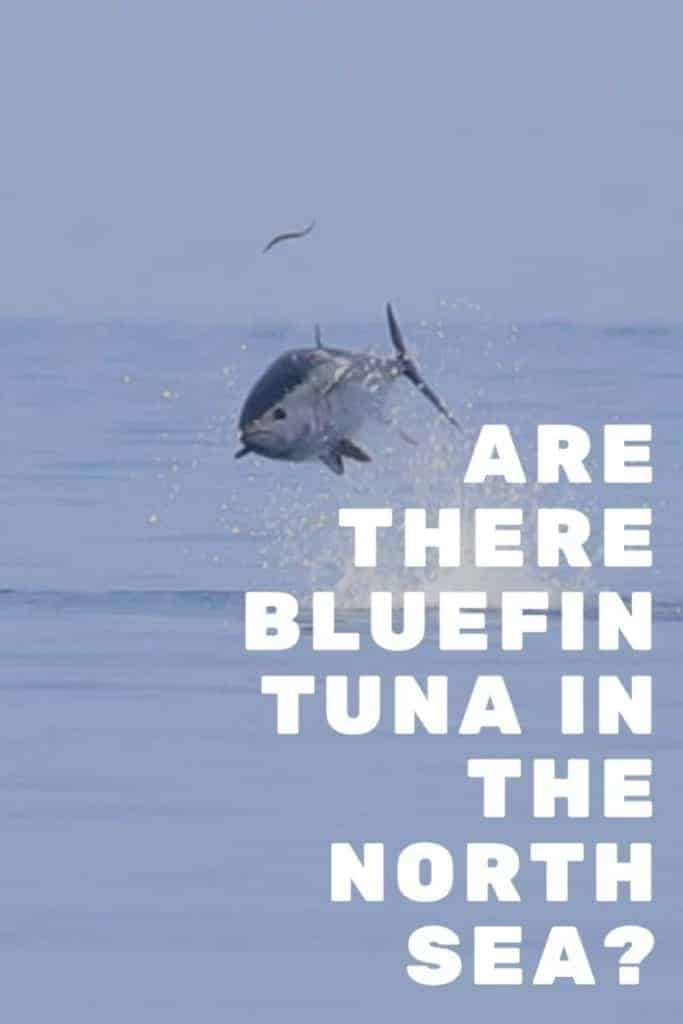