How to Tell if a Carp Is Male or Female 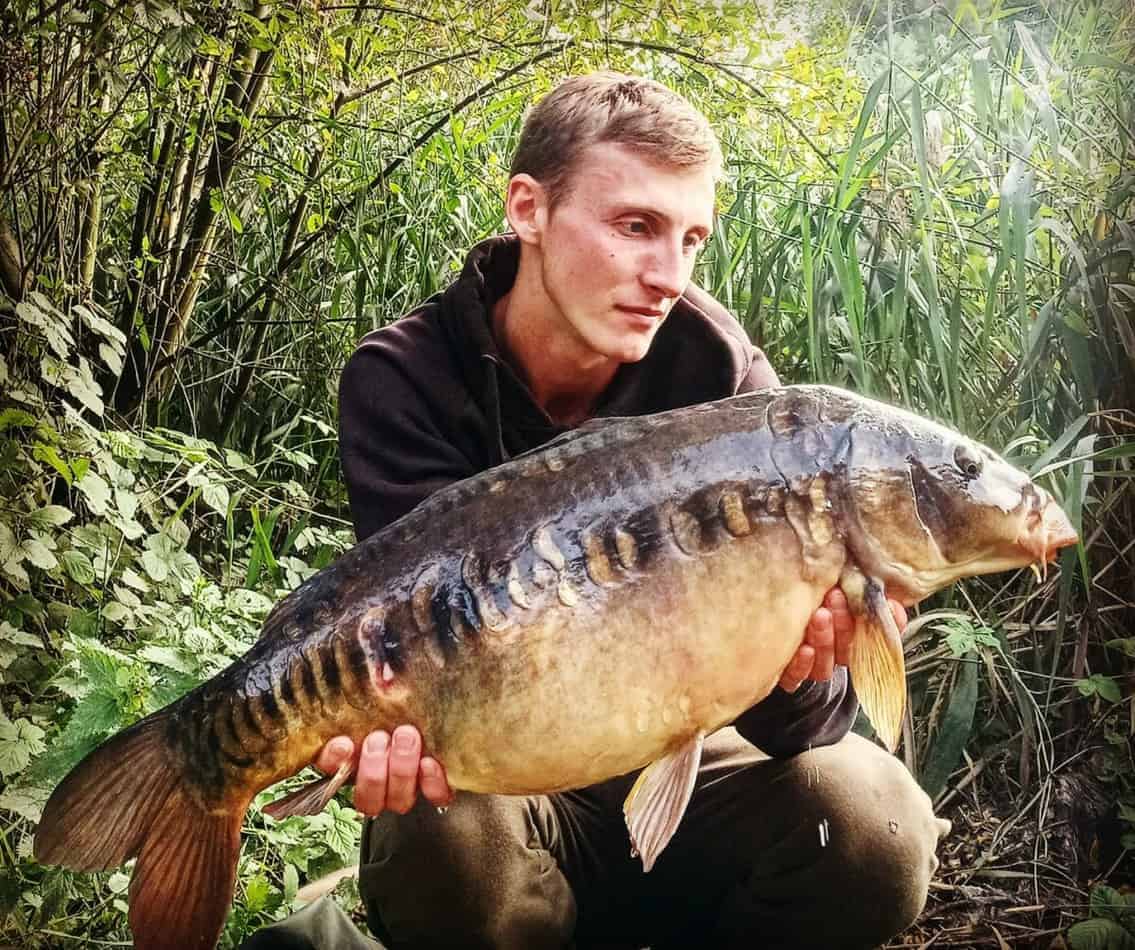 Much like many other anglers, I have often wondered about the gender of the carp I have caught, as it is anything but easy to determine the sex of this fish species. As I got more curious, I started to do some research on the commonly asked question: how to tell if a carp is male or female?

From late summer all the way up to the spawning season, male carp will excrete milt and female carp smaller amounts of eggs. Right after the spawning, one can determine the gender by checking the carp’s vent; males have narrow and concave ones, while females have rounder and convex vents.

In order to find out all the ways of telling male and female carp apart, all you have to do is continue to read this article.

Pro Tip: If you are new to carp fishing and want to learn about all the basics of this wonderful sport, make sure to check out a comprehensive and helpful beginner’s guide on Amazon here.

Excretion of Milt And Eggs

While determining the gender of a carp can be somewhat more difficult after the spawning season, it is rather easy before the fish have spawned. Luckily, the carp’s pre-spawning period starts extremely early and actually covers most months of the year!

So, between August or September and May or June, which is when most carp in the northern hemisphere will spawn, the easiest way of telling male and female carp apart is by checking their reproductive products, which will be milt, or sperm, in males, and eggs in females.

Very often, this observation can already be made in late summer, as males will start to produce milt and females their egg production.

If you catch a carp and you would want to know its sex, it can hence be enough to apply light pressure to its stomach or genital area in order to press out a small amount of white milt or yellow or orange eggs.

Sometimes, the milt and eggs will just excrete all on their own when the carp is either in the landing net or lying on an unhooking mat.

I find it rather fascinating that this fish species carries its eggs for such a prolonged period of time. But as the female carp can lay more than 300.000 eggs, it is but natural that the production of these eggs starts early.

Another indicator when it comes to the gender of a carp is the shape of its body and belly.

Males are generally slimmer and will be more torpedo-shaped with a smaller belly, as they do not carry that much milt in them.

On the contrary, female carp will be more roundish and compact. As they carry so many eggs in them, their bellies will swell up immensely and can be so round and full of eggs that they almost look like they could explode.

The female carp’s abnormally large amount of eggs expands the belly so much that it can become the fish’s largest body part, which can look somewhat comic when catching a female that is about to spawn.

Anyone who has ever caught such a carp will know what I am talking about. It almost looks as if the fish is sick or as if someone has pumped it full of air.

RELATED: If you would like to read up on the fascinating and facetted species that is the carp, here is a complete and in-depth species guide I wrote: What Types of Carp Are There?

This is yet another fairly sure pre-spawn-related indicator that will help to determine a carp’s sex. Like all the members of the cyprinids, male carp will produce very small spots or tubercles that feel rough and somewhat like sandpaper.

These tiny spots will spread all over the head and gills and are skin nodules made of keratin. They often already appear in late summer or during autumn and get somewhat more pronounced toward spring and the actual spawning period.

Shortly after the spawning has commenced, they will swiftly disappear again.

RELATED: Don’t know how to tell carp from buffalo fish, then make sure to also read this article: What Is The Difference Between Buffalo Fish And Carp?

Shape of The Genital Opening

This last indication can be of aid during the period outside of the spawning season when all the other factors aren’t available.

The carp’s genital opening, or vent, actually looks different in males and females.

The male’s vent will be rather narrow and concave. It’s generally not very visible or noticeable on the male carp’s underside.

On the other hand, the female’s vent can be very visible and will be rather round and convex in shape. Right after the spawning, it can also be slightly protruding.

Of course, seeing the difference in the shape of the vent takes a keen eye and some practice, as the differences can be quite subtle in certain individuals.

So, if you want to ace this skill, start checking each and every carp you catch, this will make differentiating them easier for you later on!

RELATED: Check out this article if you are unsure of how to tell the difference between the common and the mirror carp

All shapes can however produce pretty large fish of over 60lb and more than 3 feet that can live in both still and running water systems.

Carp have large, forward-protruding mouths, big heads, and fins, and are either fully (common carp) or partly (mirror carp ) covered with scales.

They often have a brown or dark-brown body coloration with yellowish or whitish bellies.

There are also carp that have close to no scales at all (leather carp), as well as highly colorful carp (koi carp), and greyish, spooky-looking ones (Ghost carp).

How Do You Know if a Pike Is Male or Female?
← Previous
What Are Boilie Stops? (And How To Use Them)
Next →
Click here to cancel reply.