Where Are Daiwa Reels Made? (Fishing Tackle Facts) 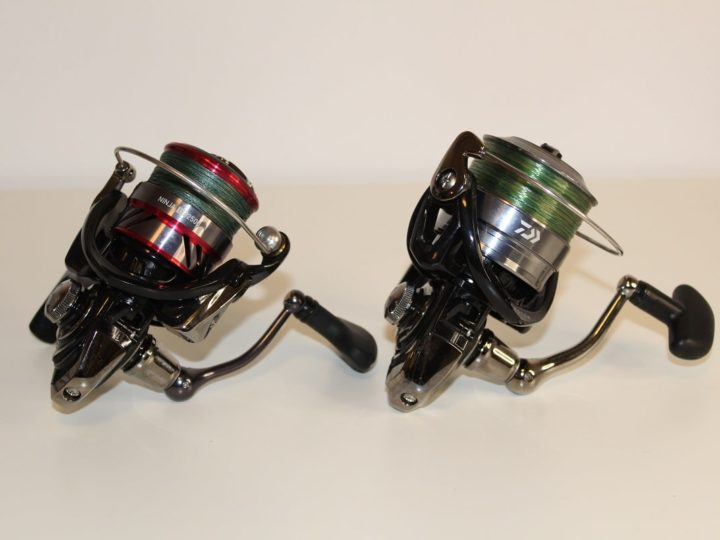 Daiwa is a Japanese fishing tackle brand that stands for top quality and excellent reel design.

Daiwa still produces a limited number of their fishing reels in their Tokyo facilities in Japan. These include high-end reel models such as the Certate and Steez. Most other Daiwa reels are manufactured in various Asian countries.

Keep reading this article and find out which Daiwa reels are still made in Japan, what some of their best reel models are, and when the legendary Daiwa company was founded.

PRO TIP: If you want to check the best Daiwa fishing reels on the market, you can find them on Amazon here.

Are Daiwa Reels Made in Japan?

While some Daiwa reels are still made in Japan, the vast majority of their reel series are now produced in other countries.

Daiwa was founded in Japan in 1958 and quickly managed to expand its operation to the international market.

Less than a decade later, it had already evolved into a mighty market-leading fishing tackle manufacturer with production points in many countries all over the world.

Naturally, as the demand for Daiwa gear grew, the production of their fishing reels became more and more outsourced. But to this day, Daiwa seems to have managed to keep the quality of their reels extremely high, no matter where they are being produced.

Nonetheless, a limited number of their finest reels are still made in their original Tokyo facilities. These reel models can, without a doubt, be regarded as the pinnacle of the Daiwa empire.

According to the Daiwa representative I talked to, current models that are produced in Japan include:

What Other Countries Manufacture Daiwa Reels?

Daiwa produces its fishing reels, rods, and other tackle in numerous countries around the world.

Their largest production facilities are located in the following countries:

Some of their most popular second-tier reel series, most of them being produced in either China, Korea, or Vietnam, include the following:

RELATED ARTICLE: These Are the Top Fresh and Saltwater Fishing Reel Brands

What Are the Best Daiwa Reels on the Market?

The BG is one of Daiwa’s most sold spinning reels and a great choice for targeting bigger fresh and saltwater predators.

It has an unbelievable smoothness to it and will give you the control and confidence you need when fighting a big fish.

It comes in sizes between 3000 and 6500, so matter how big and wild the species you’re targeting might be, the BG will land you that fish with ease!

The Daiwa BG has a beautiful design, and there is a ton of quality in this reel, making it very durable and well worth its price.

The Ninja is one of my personal favorites when targeting smaller species like perch, crappie, or bluegill.

It’s a very small-sized compact reel with a lot of power in it, and the price is excellent as well!

The Ninja is also extremely lightweight, making it the perfect reel for active casting hours and hours on end.

Another exceptional Daiwa reel is the Tautla baitcaster. It’s trendy among North American bass anglers and catches plenty of trophy fish every year.

It’s an especially appreciated reel for jigging in heavy cover, and it casts braid phenomenally well, giving you the best bait control and presentation for the money.

And speaking of which, the Tatula is a very affordable baitcaster that costs less than other similar reels but offers the same or even more features and quality!

What Is the Most Expensive Daiwa Reel?

According to the Daiwa representative who sent me all the information and details on Daiwa’s numerous reels, their most expensive model is the Daiwa Dendoh Marine Power Assist. This Daiwa reel costs just under $4.000.

It’s got a total of 16 ball bearings and has Daiwa’s unique Power Lever for instant control of winding speed and power.

The most common saltwater species caught with this reel include the following:

Where Can You Buy Daiwa Reel Parts?

In the US, Daiwa reel parts can be ordered directly through Daiwa US. You can order your spare reel parts by calling the Daiwa service hotline:

What Does BG Stand For on a Daiwa Reel?

However, as opposed to the original Black Gold, the newer BG reel works excellent in both fresh and saltwater.

RELATED ARTICLE: Where Are Ikuma Reels Made? (And Where Was the Company Founded?)

What Does CT Mean on a Daiwa Reel?

CT stands for compact and simply means reel models that are more compact and lightweight than their original reel types.

Both the Daiwa Tatula and the Steez are examples of baitcasters series that include a CT version.

What Does LT Stand For on a Daiwa Reel?

Much like other major reel brands, Daiwa too has introduced so-called LT reel models, meaning a reel design that is both light and tough.

LT reels have a minimalist design and engineering, resulting in reduced reel dimensions but at the same time, highly durable reels.

According to Daiwa, this reel concept offers the perfect combination of lightness and toughness at highly competitive prices.

Because of that, LT reels have become super popular worldwide and are now used by millions of anglers targeting a variety of species.